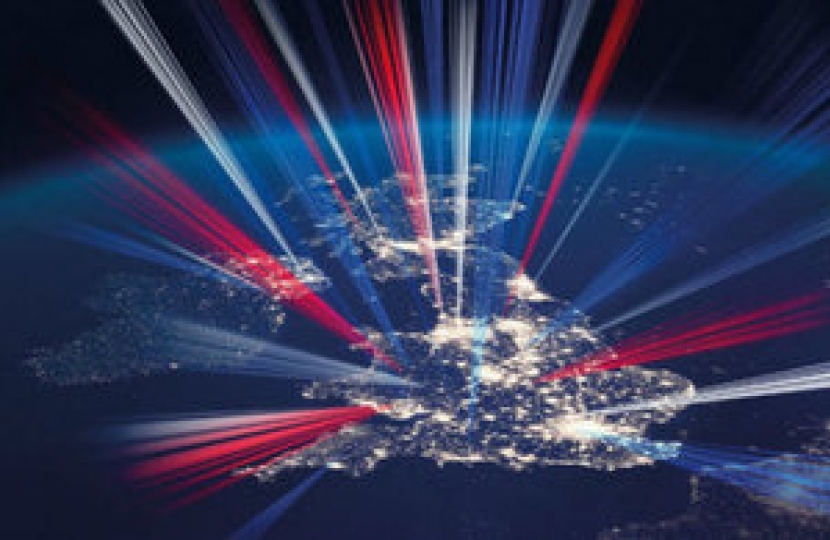 Writing in the Sunday Telegraph, the Foreign Secretary outlines his vision for a truly global Britain.

As we strive for a better deal with the EU, we need to view that relationship in the context of our wider vision for the UK after Brexit. Fifteen years ago, when I was posted as a Foreign Office lawyer to The Hague, I remember my counterparts from Japan, Australia, South Korea and Brazil lamenting the introverted perspective of the EU and the UK – at the expense of the rest of the world.

It was a salutary warning. Today, the UK wants a strong relationship with our European partners. But Brussels isn’t the only game in town. It’s time we broadened our horizons, and my first visits as Foreign Secretary – to the US, Canada, Thailand and Mexico – have shone a light on the opportunities for a truly global Britain.

In the US, President Trump told me how much America values its close friendship with Britain, his high regard for our Prime Minister, and his enthusiasm for a free trade deal with the UK. How serious are they? After our meeting, secretary of state Mike Pompeo told reporters that the US was poised “at the doorstep, pen in hand”, ready to sign a deal – which would boost business and enhance consumer choice on both sides of the Atlantic.

I also met vice president Mike Pence and national security adviser John Bolton, reflecting the fact that our relationship goes far beyond trade. Crucially, we work together to defend our shared values and to respond to security threats – whether by protecting international shipping from the menace of Iran’s Revolutionary Guard or striving to secure North Korea’s denuclearisation.

Few countries have been a better friend than Canada, which I visited earlier in the week. I spoke to business representatives, who committed to investing more in the UK, and discussed with Canadian foreign minister Chrystia Freeland the need for a smooth transition on our trade as we leave the EU.

Our vision for global Britain also involves promoting values. Ms Freeland and I pledged to work together to protect media freedoms globally. I heard about Canada’s experience of adopting a Magnitsky Act to impose visa bans and asset freezes on those responsible for gross human rights abuses. Once we’ve left the EU and regained control of our own sanctions rules, this government will implement the ‘Magnitsky’ provisions of the UK Sanctions Act. That means human rights abusers anywhere in the world will face consequences for their actions, with any assets they hold in the UK frozen and a ban on travelling here. We will ensure that global Britain is not a safe haven for those who profit from torturing others.

Beyond old friends, we must deepen our ties with the world’s growth markets – from Asia to Latin America. So last week, I was delighted to take up an invitation from the Association of South-East Asian Nations to attend their meeting of foreign ministers in Bangkok. In fewer than 20 years, the total GDP of the 10 nations in this club has expanded almost sixfold to nearly $3 trillion today. Scarcely anywhere in the world could match this rate of growth. Now is the time to bolster our commitment to the Asia-Pacific region, develop stronger trade, and work together to ensure the stability that allows us all to prosper.

The final leg of my trip again reflects the opportunities of the future. Mexico has a population of 126 million and an economy of over $1.2 trillion. UK exports to Mexico totalled £2.3 billion in 2017, up 18% in 1 year. Red London buses, built by a Scottish manufacturer, now ride along Paseo de la Reforma in Mexico City.

But we can do better in Latin America. Here’s one example. Two thirds of Mexicans have no bank accounts – but half of them have a smartphone. That’s a great opportunity for innovative British businesses. With a bright future outside the EU, we will help Mexican firms trade more freely with the UK.

Wherever I travel, I take the Prime Minister’s message of optimism. We will remain strong European partners. But there is a wider world out there for us to re-discover. By the end of my first fortnight as Foreign Secretary, I have met the foreign ministers of 22 countries across the world. I am struck by how much they want to strengthen their ties with us. They too see the great benefits offered by Brexit to deepen our partnerships around the world.

Together there is more that we can and will do to enhance global prosperity and stability and defend our shared values of freedom, democracy and tolerance. So, let’s raise our game, rediscover our national self-confidence, and grasp the tremendous opportunities that lie ahead.