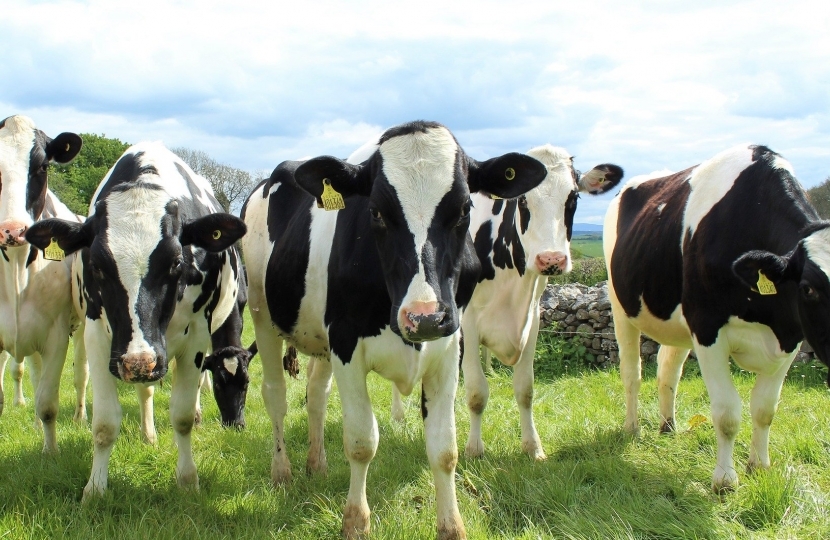 Andrew RT Davies MS has called on the Welsh Labour Government to urgently bring forward a bespoke package support for dairy farmers in Wales, following the UK Government's announcement of a dairy hardship fund in England.

Agriculture is a devolved competence, and so far the farming community has been largely ignored in the various economic support packages announced by Welsh Government.

The Covid-19 outbreak has seen the almost complete loss of the food service and hospitality markets, as well as increasing price volatility in global markets, which has left farm businesses and processors under increased pressure.

This has led to some dairy farmers in Wales receiving significant price cuts, delays to payments and, in some cases, no other option but to dispose of milk on farm because the processor is not collecting it.

Today, the UK Government has announced a dairy hardship fund for farmers in England, and dairy farmers across the border will be able to access up to £10,000 each to help them overcome the impact of the coronavirus outbreak.

Welsh Conservatives have called on the Minister "… to pull her finger out" and deliver an "urgent bespoke package of support for Welsh farmers".

"Dairy farmers across the United Kingdom are struggling, but the situation is particularly sensitive in Wales, with a substantial number receiving significant price cuts, delays to payments and in some cases forced to chuck milk away due to non-collection.

"We're some two months into this crisis and regrettably the Welsh Labour Government has offered very little in the way of support for the industry and the silence from the Rural Affairs Minister has been deafening.

"There is real despair within our rural communities at the lack of action from Labour in Cardiff Bay and today's announcement from the UK Government shows what can be done with the right leadership.

"Labour's Rural Affairs Minister needs to pull her finger out, and instead of wasting time pursuing the implementation of costly and unpopular NVZ legislation at a time of crisis, direct government energies into delivering an urgent bespoke package of support for Welsh farmers."