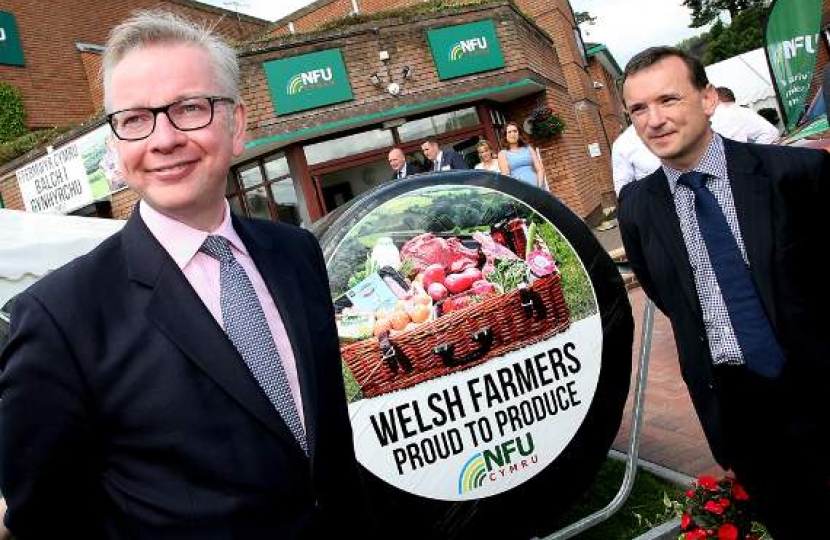 Ahead of his first visit to the Royal Welsh Show, the Environment Secretary hailed the rapidly growing success of the sector, which now exports nearly 30,000 tonnes of lamb reared in the Welsh countryside to more than 40 countries around the world – with shipments going as far as Hong Kong, Canada and the UAE.

"We all care about where the food on our dinner plates has come from and its journey from farm to fork. Welsh lamb, with its unique heritage and character, has become a symbol of high quality and great taste around the world and I am thrilled to see this sector going from strength to strength.

"Leaving the EU will provide this hugely successful industry with new opportunities to grow and flourish and I am looking forward to meeting farmers and producers today to hear their views on how we can drive the sector forward."

Global demand for Welsh lamb now means up to 40% of total produce is exported around the world. Total food and drink exports from Wales have risen by a fifth in the past year and are now worth more than £337 million.

The UK Government is committed to opening new markets for our lamb and just in March, Minister Eustice secured a £15 million export deal to Kuwait.

Welsh lamb and sheep are at the heart of the Royal Welsh Show, with more than 3,000 sheep in competitions over the three days and a large number of lamb producers showcasing. While at the show, the Environment Secretary will also meet with farmers and food producers from across the country as well as Farmers Union Wales and the Country Land and Business Association.

"I am delighted to welcome the Environment Secretary to the Royal Welsh Show. Farming and food production are a fundamental part of our rural economy highlighted by the hundreds of thousands of visitors who flock to Builth Wells year upon year to experience this important event.

"The UK Government is wholly committed to backing British farmers and to supporting the sector in Wales as Britain prepares to leave the European Union. We want to engage with and listen to the industry’s experts and unions as we embark on this important journey. Securing the right future EU trading arrangements will be crucial to ensure Welsh farmers have the opportunity to continue to sell their produce across Europe post exit. In doing so, we can ensure our agriculture and environment sectors continue to thrive in the longer-term."