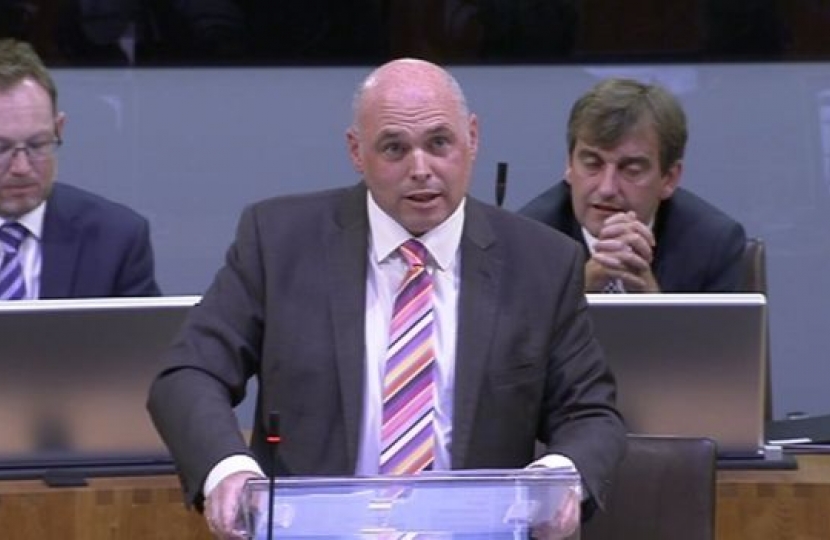 First Minister Mark Drakeford shrugged off renewed calls today from leader of the opposition Paul Davies AM to make a decision on the future of the M4 relief road project, before admitting the project faced more delays

Questioning the First Minister in the Senedd, Mr Davies urged him to “find the accelerator” and deliver a solution for the “choking artery at the heart of Wales’ economy”.

The Welsh Labour leader received a report on the £44million inquiry into the M4 relief road several weeks ago - more than a year after the investigation started - but he’s yet to speak publicly about its recommendations, or his plans to improve the struggling route.

Mr Davies said: “The people of Wales are getting restless with this waiting game First Minister. You should have delivered a solution for the commuters and communities around the M4 a long time ago.”

He also called on the First Minister to increase the transparency surrounding the inquiry, by allowing Assembly Members from all parties to read and debate the report, and vote on future decisions.

But Mr Drakeford cited the purdah break before the upcoming Newport West by-election as a cause for delay to the announcement.

Speaking outside the chamber, leader of the Welsh Conservatives Paul Davies AM, said:

“We’ve called on the First Minister to open up the report for scrutiny in order for other political parties to access all the available information from the inquiry.

“Only then can fair discussion take place for all parties to make informed decisions about the future of the project, taking into account the recommendations of the report.

“While we fully respect and uphold the democratic processes of an election, it seems clear that if the government intended to build the relief road at all, it would have no problem with being more open and honest ahead of April’s vote.

“We now look eagerly look forward to hearing from the First Minister on the subject, following the Newport West by-election.”