Matt Smith: After two decades of devolution, Wales needs defending from its own leaders 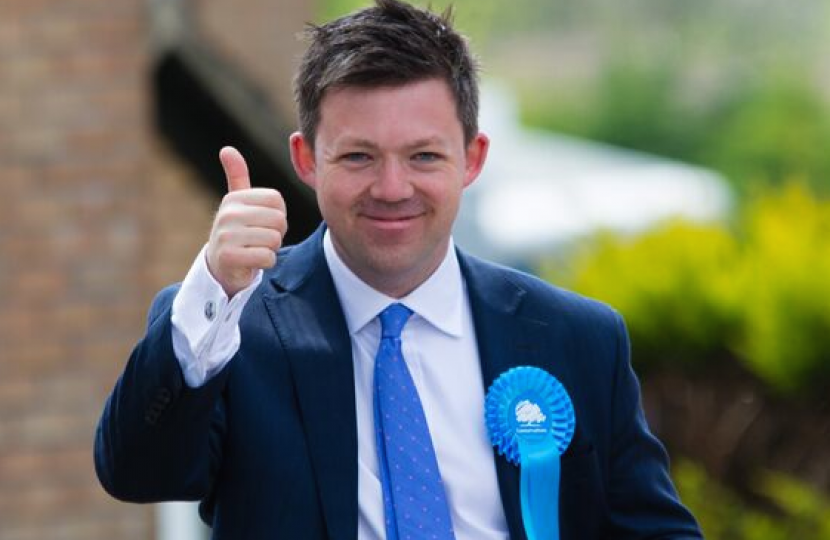 The Morning Star said that “left-wingers across the country were celebrating”’ when the Cardiff Corbynista won a majority of the ballots with the backing of Momentum and Unite. ‘Peak Corbyn’ is alive and kicking in Wales.

Drakeford is the second First Minister to have sat for Cardiff West, inheriting this seat from Rhodri ‘clear red water’ Morgan, Wales’ second First Minister, who employed Drakeford as an advisor. He beat two other Cardiff-based Assembly Members: Vaughan Gething and Baroness Eluned Morgan of Ely.

In November a Welsh Political Barometer poll (YouGov for ITV Wales/Cardiff University) found sixty per cent of Welsh Labour supporters said they didn’t know who any of the candidates actually were – and Drakeford actually polled worst among the few who knew anything about the candidates.

Drakeford says he will follow ‘radical socialist traditions’. ‘Radical’ is an odd prefix, given all three candidates spent over half their Senedd terms alongside each other in Jones’ cabinets. BBC Cymru Wales described Drakeford as the ‘ultimate government insider’.

Now Drakeford, Gething, and Morgan are cabinet colleagues once again. Jones’ team remains in situ though the moderates Huw Irranca Davies and Alan Daviesm and the Jones’ era spads Matt Greenough and Huw Price have been sacked.

The term ‘feudal socialism’ aptly captures the dismal sameness at the top of Welsh government. Labour’s succession is proof less of renewal than evidence of Pareto’s theory of circulating elites, which tells us that change occurs not when rulers are overthrown from below but when one elite replaces another.

Welsh Labour’s red oligarchs have controlled Welsh government since the dawn of devolution, either by themselves or through coalitions with Plaid Cymru and the Welsh Liberal Democrats. The ‘men and women of always’ have operated a political cartel that, by the 2021 Senedd elections, will have kept Welsh Labour in power for a nearly a quarter of a century.

The archetypal Cartel Party politician is Kirsty Williams, the sole Lib Dem AM and current Education Secretary. Williams backed Jones’ first ministership during the 29-29 deadlock following the 2016 Senedd elections, humiliatingly cancelled an official visit to Vietnam for a politically sensitive vote on the instructions of her Welsh Labour overlords (costing taxpayers £5,572.52).

She lately committed to support the Welsh Labour-led Government whichever candidate won, and voted to install Drakeford as First Minister.

The devolved governing class is tight with the small clique of commentators, pundits, lobbyists, and academics who shape public policy in Wales. Welsh media journalists are often too close to the politicians they are supposed to scrutinise, and civil society in Wales is dominated by a centre-left groupthink.

These factors make real political change harder to achieve than in Scotland. The result is low-calibre governance, poor policy outcomes, and a yawning gap between the ambitions of Wales’ devolved governing class and its ability to deliver.

The disconnect between Wales’ left-wing elites and the nation is highlighted through Brexit. Drakeford says Welsh Labour and the Welsh Government would campaign for Remain in a second referendum, has called for a ‘People’s Vote’ if Parliament does not resolve in favour of participation in the Single Market and a customs union, and wants Article 50 extended.

All this despite House of Commons estimates showing more voted Leave in Welsh Labour’s Senedd constituencies than across Wales as a whole (53.44 per cent compared to 52.53 per cent).

Drakeford wants the Assembly to be “a beacon of hope in a darkening world”. Baroness Morgan said devolution should be a “platform to showcase what difference Labour can make in government”. Yet Welsh Labour’s failures in power fuel disillusionment with devolution.

Unsurprisingly turnout in the 2016 Assembly elections was only 45 per cent (little more than for the 2017 Welsh local authority elections), compared with 72 p er cent in the EU Referendum and 69 per cent in the 2017 General Election. As the Cartel Party presides over one social justice failure after another, it inspires only apathy.

Wales was once the most literate society in Europe. Empress Catherine II sent envoys to study Wales’ circulating schools to improve Russian schooling. Yet in 2017 the OECD Programme for International Student Assessment identified Wales as the only home nation to fall below the OECD average for reading.

Worryingly, the new Welsh curriculum will scrap traditional subjects in favour of ‘areas of experience and learning’. Educationalists from the Association of Directors of Education in Wales and the Welsh Local Government Association made a joint submission warning the new curriculum is “generic, poorly defined and weak on knowledge and skills development”, with learning “left to chance”, and warned that “pupils without strong family support are at risk of losing out the most”.

A recent Western Mail front page quoted a former Cardiff headteacher who said: “We have to accept we have a real crisis in our schools”. The National Association of Head Teachers Cymru worries schoolteachers are constrained by “top-down policy or an overly centralised approach to school leadership.”

There are no academies, free schools, T-Levels, or Institutes of Technology in Wales. The hostility to reform of the inward-looking Welsh Labour establishment is reducing the life chances of an entire generation of state school pupils in Wales.

Nor is the problem confined to schools. In the nation of Aneurin Bevan, the lions of the Welsh NHS front line are let down by the left-wing donkeys running the Welsh Government.

A former Welsh NHS boss said she had lost “confidence and trust in the [Welsh] healthcare system” and would sell her house to leave Wales in search of better cancer care for her husband in England. She blamed a “void in Welsh Government where robust, rigorous, innovative health policy should be made”. Professor Siobhan McClelland told BBC Cymru Wales: “There is neither capacity nor capability in Welsh Government to be making really good health policy”.

Finally, despite being the world’s first industrial nation, Baroness Morgan told Welsh Labour members “we must put our hands up and admit that one area where we have failed to make the impact that we could and should have is the economy”.

In 2017 Wales recorded lower Gross Value Added (GVA) per head than Scotland, Northern Ireland, and the English regions. Wales has been bottom of the national table for the last 21 years (i.e. since devolution). In 2017 nearly a fifth of households in Labour-controlled Wales were trapped in a cycle of worklessness, with no adults in employment.

Shortly before the 1979 devolution referendum, Saunders Lewis penned a famous Western Mail article arguing that a vote against devolution would mean “there will be no Welsh defence” against politically asymmetric governments in Westminster. Ironically we now need a Welsh defence against the decline managers of Labour’s failing devolved governing class.