Matt Smith: Armed Forces are helping to deliver tests and vaccines across all four nations of our Union 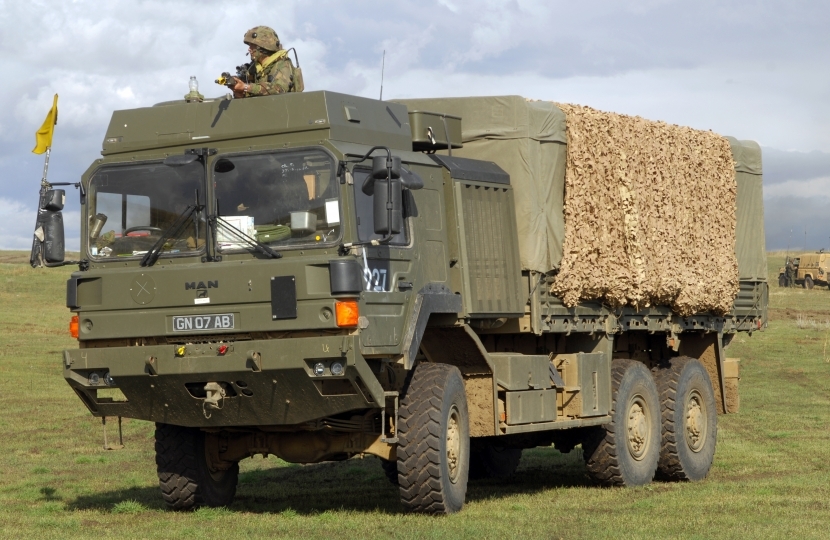 Armed Forces are now working in hospitals, vaccine centres, and testing across all four nations of the UK to support the coronavirus response.

As efforts to vaccinate all priority groups continue, 20 Vaccine Quick Reaction Force teams have now been deployed in support of the NHS. These mobile teams have deployed to help administer vaccines wherever requested.

The number of teams available to provide short notice vaccine support to the NHS has now increased from 20 to 41 in order to ensure further support can be immediately provided if required by the NHS as it continues to accelerate the vaccine rollout.

This is in addition to the 28 military planners that the MoD has deployed to assist the Vaccine Task Force in Skipton House – including Brigadier Phil Prosser, Commander 101 Logistic Brigade – and a further 200 personnel working across the UK to support organisational and logistical components of the Vaccine Deployment Programme.

Defence medics are now deployed on the homefront in the highest numbers during peacetime, supporting the NHS in testing, vaccinating, and hospitals.

Earlier this week, I spoke with Armed Forces personnel deployed in all four corners of the United Kingdom, helping communities across the country to combat the effects of this virus. They are working hard alongside colleagues in the NHS and local authorities, but are ready to do more if and when the call comes.

Hundreds of defence medics are deploying to NHS hospitals across the UK to work in intensive care units and other patient facing roles, providing vital care alongside NHS professionals, and supported by general duties personnel to fulfil non-clinical roles and help relieve pressure on NHS colleagues wherever they are needed most.

A further 800 medics will join the 1,600 already embedded within the NHS, in a number of locations where support has been requested, including:

The majority of the 800 defence medics supporting hospitals are trained as Combat Medical Technicians, who in their day job deploy on overseas operations and exercises as medics, work in defence medical centres and provide medical training to fellow Service Personnel.

The standing up of hundreds of defence medics is being achieved without drawing on those personnel who are already working in NHS trusts and with minimal impact to Defence activities, including training and supporting the recovery of military personnel.

With over 4.9 million people vaccinated so far across all four corners of the UK, we’re on track to meet our target of offering a vaccine to the most vulnerable groups by February 15th.

Everyone can play a part in our fight against the virus and I’m grateful to the extraordinary efforts of our armed forces who are doing their bit to help deliver the biggest medical deployment this country has ever seen.

Working alongside our healthcare heroes and local partners, they will help support the roll out of the vaccine as quickly as possible across the UK.

Deployments continue in support of community testing. The testing programmes are drawing on lessons from last year’s Liverpool pilot, helping to identify asymptomatic cases in specific cohorts and break chains of transmission, helping to keep key workers safe and able to undertake their essential jobs in support of the wider community.

The military have also helped schools and colleges set up testing processes to keep safe the staff, vulnerable children and the children of key workers. There are also c.320 military personnel who are supporting the Department for Transport to test hauliers. Armed Forces personnel have helped to keep millions of tonnes of freight moving between the UK and the continent.

"The pandemic is showing time and again the importance of institutions of the British state and the sharing Union of the United Kingdom. Our brilliant Armed Forces are only one - albeit very highly valued - component of this. Ignore the hard nationalist politics of Nicola Sturgeon's SNP and the soft nationalist politics of Mark Drakeford's Welsh Labour. We are better together."