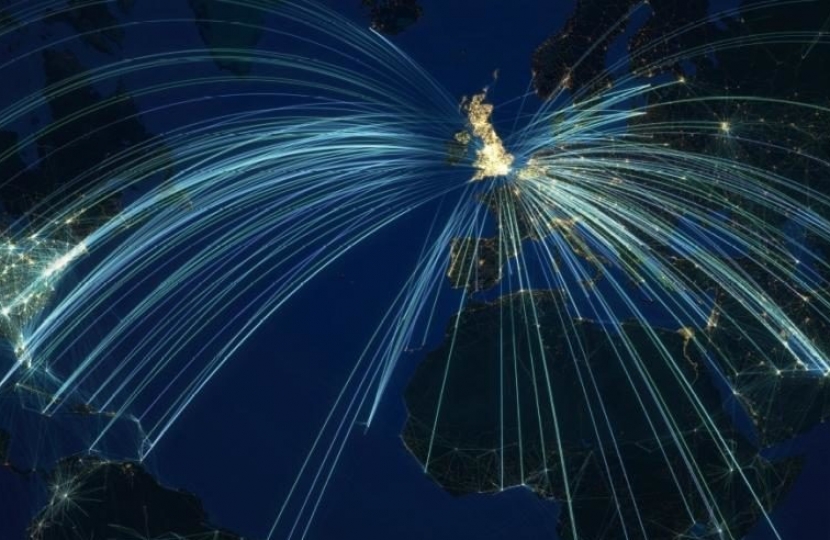 The Education Secretary has made a rallying call for British education to be the envy of the world, marking the start of a ‘post-Brexit education revolution’ (Monday 20 January).

Gavin Williamson delivered a speech at the Education World Forum in London, which welcomes more than 100 education ministers from around the world, stressing the importance of nurturing international relationships as the UK prepares to leave the EU, to help Britain be the best place for education in the world.

“The UK has always been an outward-looking and global nation, with a proud history and record when it comes to education and innovation.

“[Brexit] is the perfect opportunity to march forward and be the global leader in educating children, young people and adults. Make no mistake, I want the UK to be the best place in the world to educate your child and make the most of people’s talents.

“As we step out into the world, our doors are open and our ambitions are bold. We will continue to learn from those countries excelling in areas like maths and will share with others the lessons we have learned. We will place a bigger focus on further and technical education and will continue to welcome hundreds of thousands of the best and brightest international students to our world-class universities.

“Achieving this comes by working in partnership with the rest of the world and that will not change. With world leading universities and one of the best school systems in the world, we are and will continue to be a global leader in education.”

The Education Secretary highlighted how education has long been one of the UK’s greatest assets, and through an ongoing education revolution, reforms have driven up school standards, improved our curriculum and boosted literacy.

Mr Williamson also made clear that the UK’s doors are open to international students who want to benefit from its leading education. That goal was underlined in September 2019 by the creation of a new graduate visa route, giving international students up to two years to find employment after successfully completing their studies. This new route will be launched in summer 2021.

Statistics published on 16 January showed that UK higher education institutions hosted almost 486,000 students from outside the UK in 2018/19, an increase of 27,000 on the previous year. The figure moves towards the Government’s ambition for 600,000 international students choosing to study in the UK by 2030.