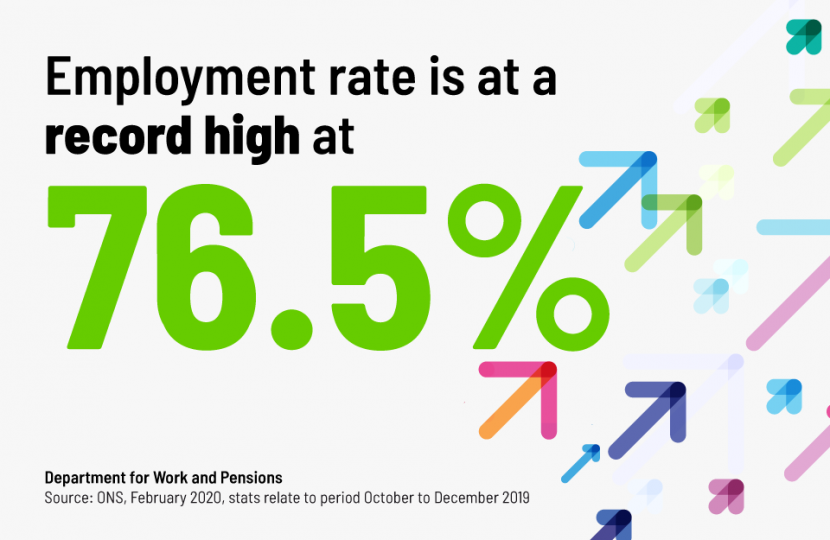 New figures from the Office for National Statistics saw the unemployment rate remain at its lowest since 1974, while the number of UK nationals in employment grew by over 2.3 million since 2010 to reach just over 29 million. The total number in work climbed to just below 33 million.

And there was more good news, with overall wage growth continuing to outpace inflation for a 23rd month, giving British workers a well-earned pay rise.

The number of ethnic minority workers reached a record high, while there are a further 1.4 million more disabled people in work than in 2013, with more than 16,000 employers signed up to the Disability Confident Scheme.

Employment has risen in every region and nation of the UK since 2010, and in the wake of the government’s newly-announced transport funding, jobseekers and commuters will be better connected to places of opportunity.

As we embark on a new chapter as an independent nation outside the EU, we do so with a record-breaking jobs market and business confidence on the rise.

With wages still outpacing inflation, UK workers can expect their money to go further as we look ahead to a decade of renewal. The upcoming Budget will steer us on that course, further driving our levelling up agenda – so we can all share in the country’s prosperity.