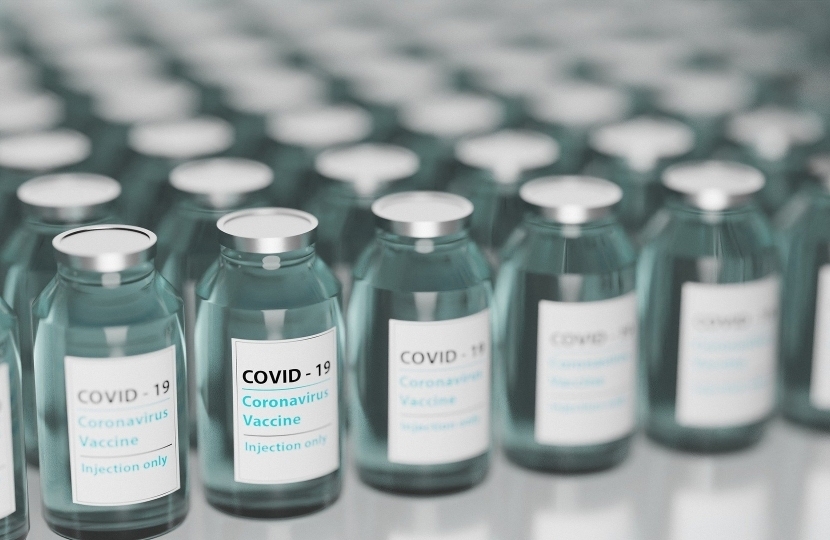 Welsh Conservative candidate for the Vale of Glamorgan in the Senedd Matt Smith echoed Andrew RT Davies' calls for an acceleration in vaccine roll out for the over 80s.

Welsh Conservative leader Andrew RT Davies MS has said that upsetting reports on broadcast media indicating numbers of over-80s are waiting weeks for a Covid vaccination are a national disgrace.

Referring to a news story that housebound 84-year-old Swansea woman has been told she may have to wait up to two months to have her coronavirus vaccine, if she cannot get to her GP surgery, Mr Davies said:

“It’s heart-breaking to read stories like this, and I can’t imagine the anguish she and her family must be feeling at this time.

“Not everyone is mobile, not everyone can reach their GP, and its increasingly apparent that an urgent audit by GPs of their housebound patients must be carried out so that this vulnerable group don’t become the forgotten ones in the drive to vaccinate Wales, but can have their inoculation administered mobile teams.

“Again, this is the sort of approach that a dedicated Vaccines Minister could take charge of, rather than a Health Minister tackling so many other issues around the pandemic.

”Let’s not forget, too, that it was just two days ago that the Minister repeated his pledge that seven in 10 over-80s in Wales and seven in 10 of our care home residents and staff would have had their first jab by the end of this week.

“Tomorrow’s Friday, and we need to hear directly from the Minister on the numbers they’ve managed to hit. I want him to succeed in achieving this target, as if he succeeds, we’re succeeding in protecting the vulnerable in society.”

"The Cardiff Labour government's vaccine slow go is increasingly a national embarrassment that is heaping undue stress and anxiety on our senior citizens in particular, who will often have experienced lockdown in a more severe way through self isolation."