Matt Smith: Reasons to be optimistic about the automative industry in South Wales 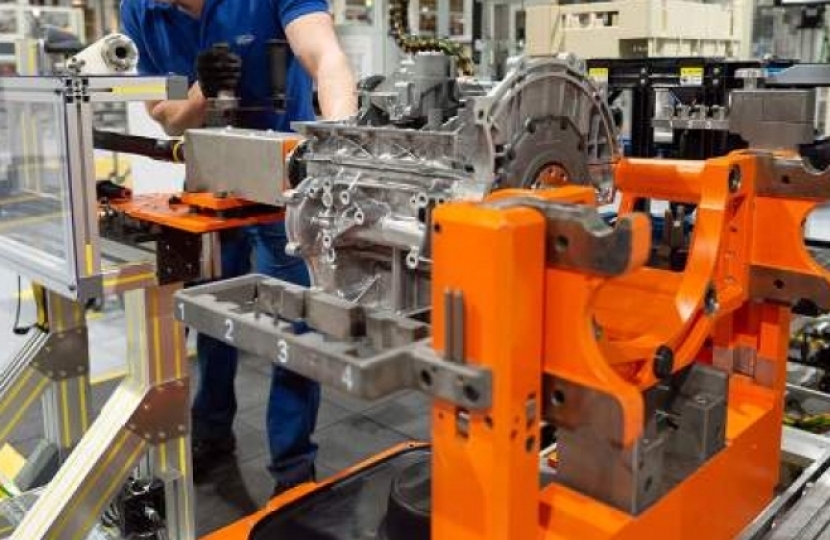 Commenting on the report that staff have started leaving the Bridgend Ford engine plant – due to close when production of the marque’s Sigma engines ceases later this year – Shadow Minister for Business and the Economy Russell George said:

“It is obviously still a troubling time for employees of Ford’s plant, but some heartening news is that the taskforce set up to assist them has been very active.

“And, according to its own figures, some 350 of the 1,700 employees have found new jobs or have decided not to continue working, while another 90 are considering self employment. There are hundreds of other employees still at the plant, and the taskforce will be similarly assisting them.

“I was pleased to hear that Ford Taskforce chairman Professor Richard Parry-Jones – a former vice president and head of global research and development with the motor company – say they had a ‘very good picture" of future uses for the site, with more than 20 inquiries.

“And next to the site, Ineos is to bring its ‘Projekt Grenadier’ – and initially 200 jobs – to the area, and with Aston Martin in the Vale, and TVR in commutable Ebbw Vale, it shows that there is a bright future for the automotive sector in South Wales, and that major companies are optimistic.

“The region clearly has a skilled and tech-based workforce, the site has good road access and a railway line into the plant, so I would join with Prof Parry-Jones in considering that the automotive, aerospace, and energy sectors are well-matched to the site.”

Image courtesy of Ford of Britain.