Matt Smith: Shadow Education Minister says we will level up education – for learners and teachers 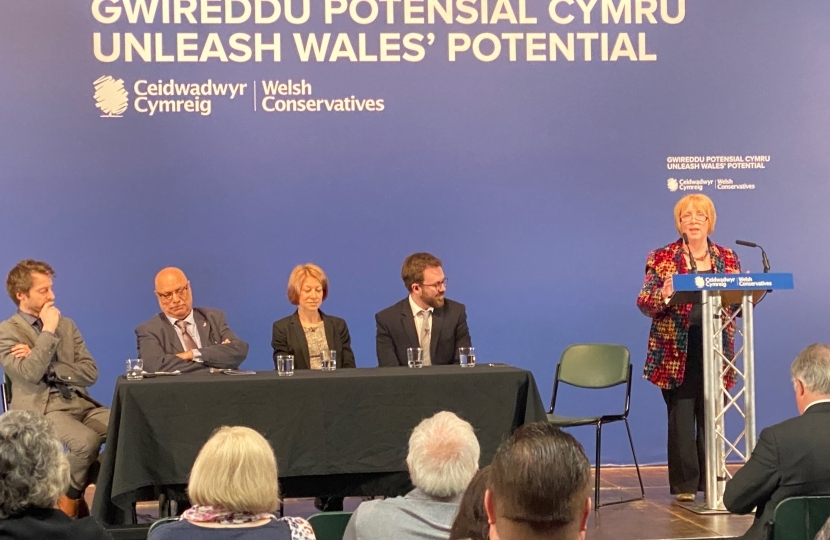 The Shadow Education Minister at conference received acclaim for her plan to level up education for learners, teachers, and those considering a career in education.

Suzy Davies AM/AC decried the decades of waste Wales has endured at the hands of a Welsh Labour administration, decades that have seen educational attainment flounder for more than a generation of our young people.

As with all areas of devolved responsibility, education is another benchmark against which the administration’s failings can be measured.

“Those decades of empire building have achieved the very opposite of what we were looking for from devolution. Communities in north, mid and west Wales – and even in my own region – feeling as far away from influence over decisions affecting their lives as they ever did.

“Devolution was about sharing power and wealth across Wales, exactly what it would do under a Welsh Conservative Government: In the hands of socialists, it’s all been sucked back into the mothership control centre run by Labour in Cardiff Bay.”

To reverse this decline, Mrs Davies made an enthusiastically-received announcement that, under a Welsh Conservative government, school leaders will get the full consequential from the UK Government’s  uplift for schools, saying:

“They will get our assurance that, if we can do it, they will get a multi-year budget so that they can plan with certainty.”

She cautioned, however, that “… we’re running out of secondary school teachers”, asking:

“If we are talking about creating opportunities, why do we restrict them by the over-academisation of our public service professionals? Why do we insist on following one road to excellence?”

She said that the new curriculum from the Welsh Government demands educators who think differently, with the broadest life experience and range of skills.

“Not just to provide curriculum content but to reach pupils differently, engage them, to equip people, whatever their start in life, to create and seize opportunity,” she said.

“For all those people who have amassed a host of skills but have no required qualifications, the late starters, we will offer them a degree apprenticeship route to become teachers.

“Crediting existing experience, sharing their growing knowledge with their employers, releasing their own potential ready to help our young people release theirs.

“Pupils don’t start their life journeys from the same place so why should our teachers?”

"If we, as Welsh Conservatives are serious about aspirational society, we need to empower all people to achieve their best and value their contribution.  If we want people to be knowledgeable and confident enough to take responsibility, not just for themselves but as actors in their communities

"We need to make real choices for real lives. We need to seize our real opportunities, and only by electing a Welsh Conservative Government will see Wales really fulfil its potential.”