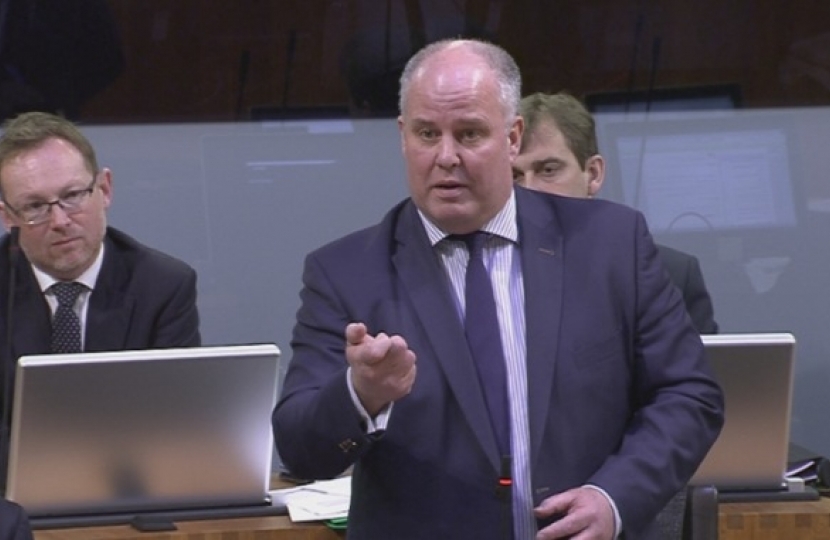 Commenting on the news released on 30th December that the Chancellor of the Exchequer, Sajid Javid, has guaranteed just under £3 billion over two years for British farmers – including some £243 million for farmers in Wales – the Shadow Minister for the Environment in the Welsh Parliament, Andrew RT Davies said:

“This commitment is a down payment on the Welsh Conservatives Westminster manifesto pledge to guarantee funding for the farming community during the life time of this UK Parliament (2024).”

The money – to be spread over two years – will be used to support farmers when the UK leaves the European Union and the Common Agricultural Policy direct payments scheme next year.

The cash will allow funding for direct payments for 2020 to continue at the same level as this year, and supplement the remaining EU funding that farmers will receive for development projects until 2023.

“It’s now high time that the tired Welsh Labour Government in Cardiff Bay raised its game and started to deliver for the rural economy-of Wales, something to date they and their little helpers Plaid and the Lib Dems have spectacularly failed to do for 20 years of devolution.”

“When we leave the EU and are freed from the Common Agricultural Policy, we will be able to support our vital rural communities – who are a cornerstone of life in the UK – with a fairer and less bureaucratic system.

“Farmers can enter the new year with confidence that they have our backing and will be able to thrive after Brexit.”

“Outside the EU we will have a simpler, fairer funding system – one that rewards farmers for enhancing our environment and safeguarding our high animal welfare standards.

“We are committed to making sure our rural communities feel the benefits of Brexit and will ensure our farmers get a better deal.”