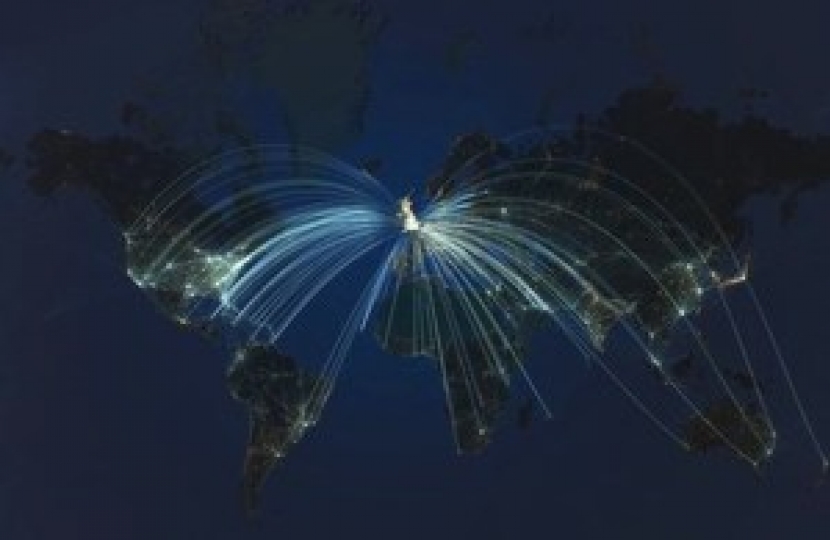 UK-Africa Investment Summit will be held in London later this month.

International Trade Minister, Conor Burns, met with Ministers in Rabat, Morocco to reaffirm the UK’s commitment to investing in Africa’s future through trade.

While there, Minister Burns will be the first UK Minister to visit the Noor Solar Plant, the world’s largest solar plant of its kind, as Morocco pursues its ambition to source more than half of its energy from renewable sources by 2030.

The UK has widely recognised and respected expertise in renewable energy, and its experienced solar industry has great potential for collaboration with Morocco in this crucial sector.

The visit comes ahead of the world’s first UK-Africa Investment Summit, to be held in London later this month, which will seek to create lasting partnerships to deliver more investment, jobs and growth in the UK and Africa.

Africa is expected to be home to 8 of the 15 fastest growing economies in the world this year. By 2050, more than 2 billion people will live in Africa and 1 in 4 global consumers will be African. A closer trade and investment partnership between the UK and Africa will benefit people and businesses both in Africa and the UK.

As we get Brexit done, we want a closer trading partnership with African nations including Morocco.

It’s been a pleasure to be here this week, working to build on our already strong and lasting partnership and finding even more ways to work together, including in finance, agriculture and green energy. I am confident that our relationship will grow even stronger in the months and years to come.

In October last year, the UK and Morocco signed the UK-Morocco Association Agreement, ensuring that British businesses and consumers benefit from continued trade with Morocco after we leave the EU.

The UK will also be guest of honour at the International Agriculture Show in Morocco in the Moroccan city of Meknes in April this year.

Latest figures show that the UK trade £2.4 billion worth of goods and services with Morocco in the 12 months to end of June 2019. [Source: ONS UK total trade: all countries, non-seasonally adjusted]