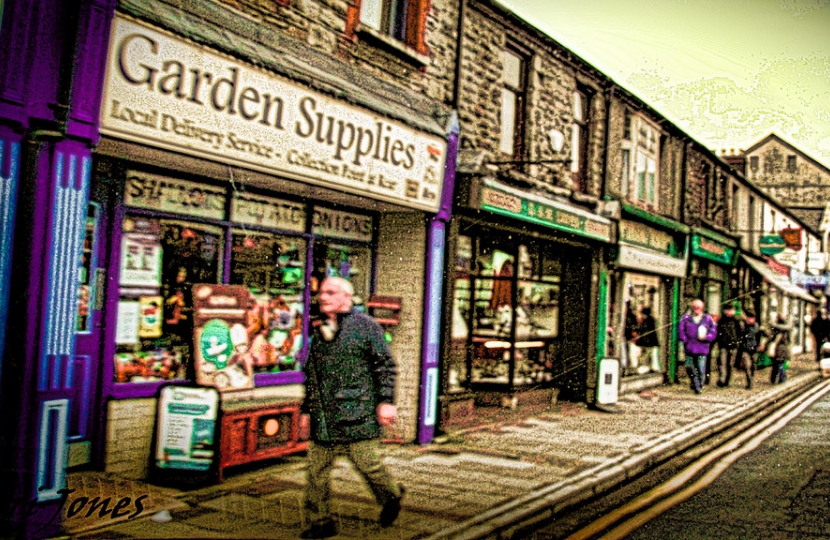 Treorchy High Street has been crowned the UK’s best in this year’s Great British High Street Awards, after becoming the heart of community events and digital training.

The high street, in the Rhondda Valley, was named ‘High Street of the Year’ at the prestigious awards, in proud partnership with Visa, and wins £15,000 for the local community.

Boasting an occupancy rate of 96%, Treorchy was commended for its local community led year-round cultural events including an outdoor cinema, an arts festival and an annual Christmas Parade, that are driving footfall.

It was also highly-praised for the digital training and support offered to local businesses. The Visit Treorchy website and accompanying marketing campaign now provides businesses with an online platform, when only 32% of businesses had a website previously.

It is the second year in a row that a high street in Wales has claimed the top prize, following Crickhowell’s triumph in the 2018 Awards.

The winners were announced at a ceremony in Edinburgh, attended by the High Streets Minister Jake Berry MP and representatives from the 39 shortlisted high streets.

‘Rising Star of the Year’, which identifies the high street taking the lead to adapt and diversify, was awarded to The Square in Kelso, a thriving market town in the Scottish Borders. It was praised for its innovative initiatives designed to drive footfall and consumer spending on the high street.

Congratulations to Treorchy on being crowned the UK’s best high street in this year’s Awards and to Wales for winning the top prize for the second year in a row.

Our Great British High Streets are one of the great cornerstones of our society. They are places where our economies and our communities flourish and key to our levelling up agenda.

This government, Visa and our other partners are committed to helping communities and businesses not just to survive but to thrive by adapting to the changing high street.

I am delighted to see so many other dedicated individuals and organisations recognised for their efforts to secure the prosperity and vibrancy of our high streets, too.

Every place has its own unique strengths and challenges, but all our town centres and high streets have one thing in common – they are the beating heart of of our communities.

The Great British High Street Awards celebrate the grit and determination of local people who are dedicated to supporting their communities, growing their local economy and finding innovative solutions to modern day challenges.

Today in Edinburgh I saw the very best of our high streets and I want to take this opportunity to congratulate all of this year’s winners and to give my personal thanks to the individuals and communities helping to build the future of the high street. I am delighted to see such strong examples of thriving high streets from every nation in our United Kingdom.

High Street or the Year, Treorchy

Adrian Emmett, owner of The Lion pub in Treorchy, nominated the village’s high street for the Great British High Street Awards following successful high street initiatives undertaken by the local community, including regular cultural events such as a Christmas Parade and the Rhondda Arts Festival.

A ‘Hop, Shop and Save’ scheme offers businesses advertising space on local buses in return for high street discounts of up to 20% to bus users. The scheme is helping to promote public transport, reduce air pollution and drive footfall to high street outlets – 80% of which are independently owned.