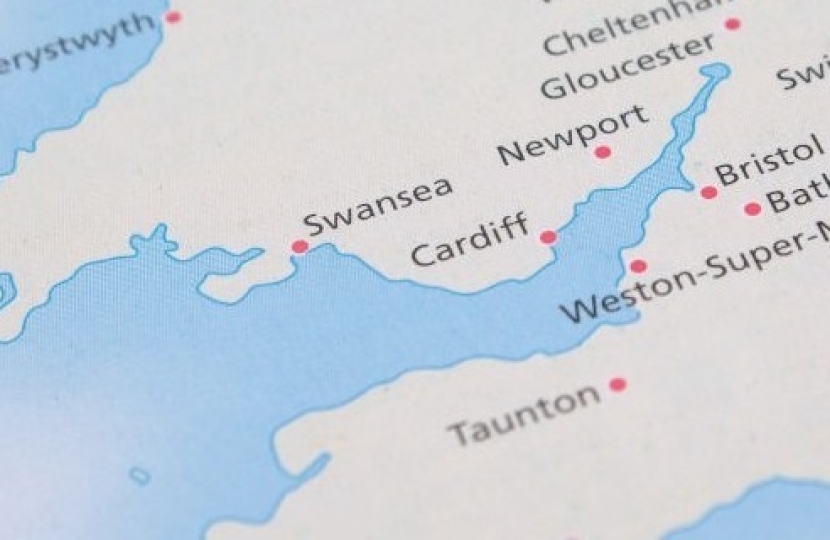 The pooling of cross-border skills and expertise on both sides of the Severn estuary can drive prosperity for the region.

The Western Gateway is a strategic partnership promoting and maximising economic growth across south Wales and the west of England to create jobs, boost prosperity and support the world-renowned universities and businesses of the region.

Linking a number of towns and cities across a wide region either side of the Severn the Western Gateway will mirror the successful, established work of the Northern Powerhouse and Midlands Engine and will seek to ensure that the region is globally competitive.

At the ICC in Newport UK Government Ministers told an audience of partners from business, education, cultural and digital sectors that the Western Gateway has the potential to transform the economic prospects of the region, making it easier to do business, to increase inward investment and tourism and create jobs.

The Department for Communities and Local Government is providing £400,000 from existing budgets for start-up funding to kick-start the partnership.

Katherine Bennett, Senior Vice President of Airbus will be the first acting chair of the Western Gateway, who will lead and shape the governance, management and initial priorities for the partnership.

The Secretary of State for Wales said:

The Western Gateway will provide an arena for the joint strengths of two neighbouring areas with distinct identities and traditions to be harnessed.

South Wales and the west of England already form a natural economic region with excellent transport networks in road and rail and well-established links in business, industry and education.

The region can be a true powerhouse of the UK economy if we take this opportunity to galvanise its many strengths to generate ideas, innovation and entrepreneurship in order to stimulate jobs and growth.

It also highlights how our United Kingdom is strengthened by maximising and harnessing in partnership the skills and talents of our nations and regions.

The Secretary of State for Communities and Local Government said:

The Western Gateway will draw on the diverse talents of both sides of the Severn to deliver an economic powerhouse that will drive growth throughout the region.

Already a major centre for cyber and tech, research, manufacturing and the creative industries - there’s clearly huge potential for them to achieve even greater things together.

As this Government works to level up our regional economies, this initiative will give south west England and south Wales a powerful voice, just as the Northern Powerhouse and Midlands Engine have done for those areas.

The Chancellor of the Exchequer added:

Today we are announcing an exciting partnership to turbo charge growth across Wales and the south west of England.

The Western Gateway is full of bustling towns and cities and boasts a rich cultural and industrial history – from the famous cheeses of Cheddar Gorge and iconic Roman Baths of Bath, to the thriving TV industry of Cardiff Bay.

We won’t rest until we have unlocked the potential this region has to offer as we level-up opportunities across the UK.

With a vibrant population of more than four million people, world-class universities, strong transport links, and shared strengths across key sectors – from green energy and engineering, to the arts and digital media – I’m convinced that the west of Britain is a powerhouse waiting to happen.

By working together, across government, academia, and industry, with businesses at the core, we are determined to make this vision a reality.