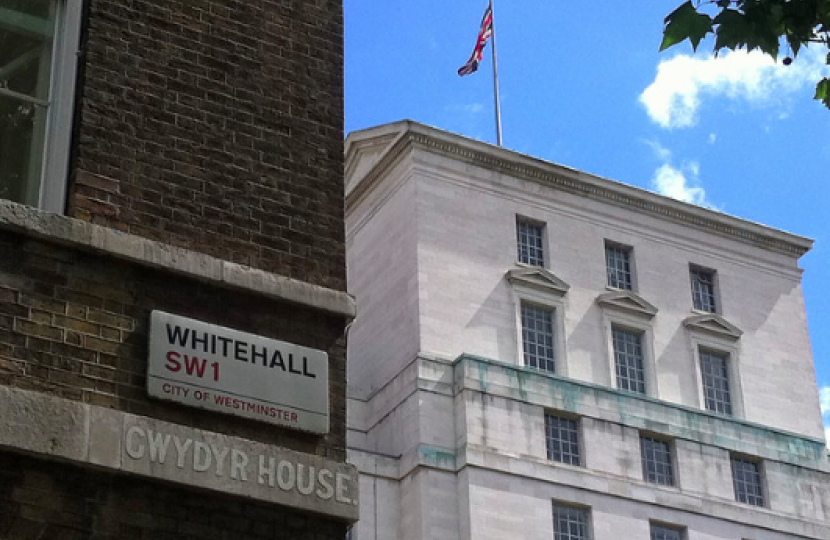 Matt Smith Conservative campaigner and former Tory Welsh Assembly candidate welcomes the multi-million pound North Wales Growth Deal made progress with the signing of Heads of Terms by the UK Government, Welsh Government and the North Wales Economic Ambition Board.

The signing, which took place at the Office of the Secretary of State for Wales, demonstrates a commitment by each of the partners to work together for the people and businesses of North Wales, and deliver local projects which will increase opportunity and prosperity in communities across the region.

Both the UK and Welsh Governments have already committed £120 million each to the deal, with the private sector and other partners making up the rest of the investment.

The North Wales Economic Ambition Board, a collaboration between the six local authorities and regional partners, has estimated that the government investment of £240 million has the potential to secure 4,000 jobs and secure over £500 million in private sector investment over the next 15 years.

The Secretary of State for Wales said:

The UK Government is working to bring greater investment, growth and job opportunities to communities across Wales and today’s signing represents real progress in achieving those aims.

The North Wales Growth Deal is a huge and exciting opportunity to transform the region and help rebalance the Welsh economy. We will continue to work with our partners to develop the growth deal and ensure it is delivered for the people and businesses of North Wales.

Minister for the Northern Powerhouse and Local Growth said:

This agreement will deliver multi-million pound investment with the potential to create green collar jobs in the nuclear and low carbon sectors, as well as boosting tourism and businesses across North Wales, the Northern Powerhouse and beyond.

The opportunities created by this Deal are the latest example of the government’s commitment to levelling up every part of the UK and empowering local people to build thriving and prosperous communities.

Chair of the Ambition Board said:

By signing the Heads of Terms we have shown our dedication and commitment to the region.

We will continue to work together for the people and businesses of North Wales, with the joint aim of creating jobs, boosting the economy and delivering a Growth Deal that will have a positive and lasting impact for generations to come.

Our next steps will be to begin implementing the priority projects and leverage funding from the private sector in key areas. Next year will be crucial in laying the foundations for the future and securing the commitment of organisations and businesses in taking these programmes forward.

The hard work starts now, and on behalf of the Ambition Board I would like to thank the many private and public sector bodies that have supported us, as well as stakeholders, both the Welsh and UK Governments and our local authority colleagues.

The deal will set a clear way forward for the deal and focussed on low carbon energy, digital connectivity, as well as land and property. The regional partners will progress detailed specific proposals with an aim of achieving final agreement by the end of 2020.