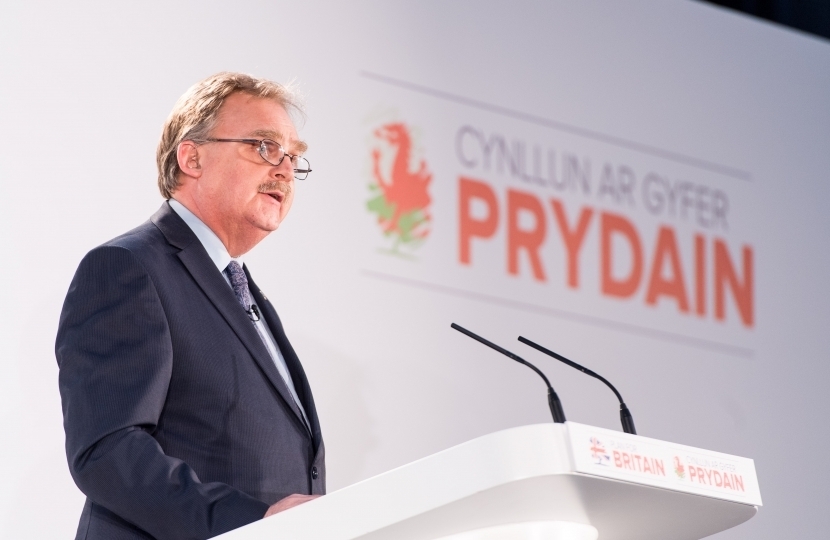 Shadow Minister for Communities and for North Wales, Mark Isherwood AM/AC, has this afternoon called on the Welsh Government to establish Seaside Town and Market Town funds to support regeneration in communities across Wales.

Opening the Welsh Conservatives' Debate on Community Regeneration, Mr Isherwood expressed concern at the lack of progress in addressing poverty in Wales, highlighting that five of the 10 most deprived areas in Wales are located within towns, including Rhyl, Merthyr Tydfil and Wrexham.

He added that the Welsh Conservative’s motion proposes that the Senedd ‘Acknowledges the particular challenges faced by seaside and market towns with higher retail vacancy rates and higher levels of deprivation than in other parts of Wales, and called upon the Welsh Government to establish ‘Seaside Town and Market Town Funds’ to support regeneration in communities across Wales.

“As FSB Cymru has argued, towns are fundamental to the way that Wales works, with small towns in Wales accounting for almost 40 per cent of the whole population of the country – and ’we need a new approach for our high streets... struggling under the weight of a number of issues, and we have now reached a critical time for these businesses”.

“A Welsh Conservative Government would therefore establish a Seaside Town Fund and a Market Town Fund to help regenerate Wales’ local communities, with £200 million to be invested in our local areas over a five-year term.

“These funds, which would enable communities to decide how the fund is to be invested within their local area, will help to support vital local services and businesses, and emphasise the Welsh Conservatives’ commitment to ‘levelling-up’ investment across Wales and restoring Welsh towns and communities.

“As the Welsh Retail Consortium notes ‘Wales has the highest non-domestic rates multiplier in Britain and a higher empty shop rate than in any other part of the UK.

“While Labour only provides 100-per-cent rate relief for retail properties up to a rateable value of £9,100, a Welsh Conservative Government would extend this to £15,000.

“Welsh Conservatives also proposed that the Senedd ‘…regrets the failure of the Welsh Government’s Communities First programme to tackle poverty in the most deprived communities of Wales’, and ‘…recognises the need to deliver, in practice, a co-productive approach to community regeneration, with community involvement in co-designing and co-delivery of local services’.”

“Eight years ago the Welsh Government rejected the WCVA and CREW (Centre for Regeneration Excellence Wales) report Communities First a Way Forward, which found that community involvement in co-designing and co-delivering local services should be central to any successor tackling poverty programme.

“Five years later, and after spending half a billion pounds on it, the Welsh Government announced that it was phasing out Communities First, having failed to reduce the headline rates of poverty or increase relative prosperity in Wales.”

Noting that Wales has had Labour Welsh Government for almost 21 years, Mr Isherwood referred to the fact that the Joseph Rowntree report on UK poverty published in December 2018 stated that “…of the four countries of the UK, Wales has consistently had the highest poverty rate for the past 20 years’.

Mr Isherwood noted that last May, the End Child Poverty Network reported that Wales was the only UK nation to see a rise in child poverty – to 29 percent – since the previous year.

“All mainstream political parties want to tackle poverty. Labour claims that ‘only the state can guarantee fairness’. Their centralised, top down approach means well, but fails badly.

“As evidence repeatedly confirms, embracing the co-producing revolution in our towns and communities trumps ‘top-down’ approaches towards community engagement any day.”