Matt Smith: Welsh Labour are more out of touch with voters on Brexit than ever 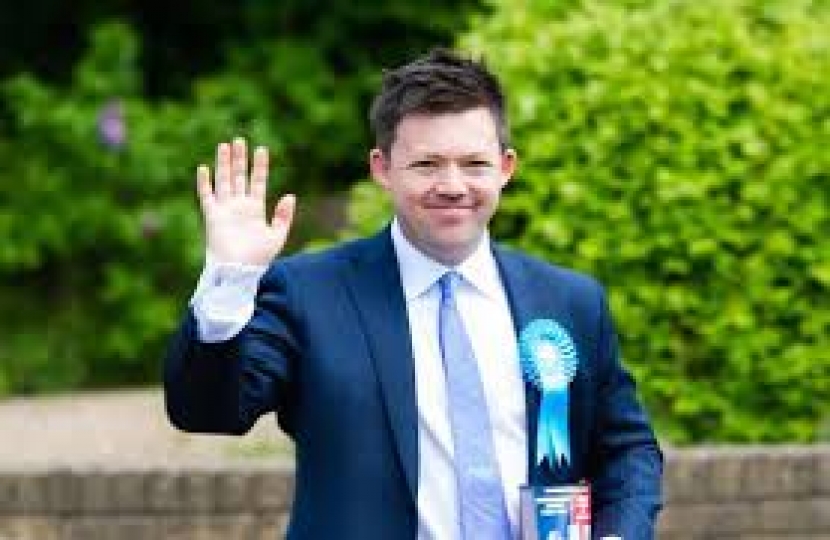 The EU-signalling from Cardiff Bay shows that Johnson and his mercurial advisor Dominic Cummings have got inside Welsh Labour’s OODA loop (Observe, Orient, Decide, Act), triggering hysterics that underscore how far they are from the rest of Wales.

Momentum-orchestrated Remain ditchers from #StopTheCoup immediately responded to prorogation of the Westminster Parliament with a protest at the Aneurin Bevan statue on Cardiff’s Queen Street, oblivious to the irony: the founder of the NHS opposed the Treaty of Rome because it anticipated “the disenfranchisement of people and the enfranchisement of market forces”. The Common Market “capitalist jungle” meant “the failure of socialists to use the sovereign power of their Parliament”.

Bevan was a miner, representing Ebbw Vale when Labour was rooted in the Welsh working class. The Welsh Left has  long since moved from the coalfields, steel mills and factories into the universities, media, third sector and public affairs industries that now supply Welsh Labour’s ‘rising class’.

No-one is fooled by the confected astro-turf EU agitprop of Welsh Labour’s league of Brussels loyalists. Personifying Hofstadter’s ‘Paranoid Style’ Welsh Economy Minister Ken Skates even took a wrong turn before inciting a crowd in Chester with talk of a Remainer “Rebel Alliance”.

It would be churlish to compare this militant wing of Waitrose with the thousands who attended Brexit Party rallies in Merthyr Tydfil and Newport earlier this year. Yet there is more than a touch of Orwellian double-speak about the “democracy in danger” rhetoric.

Wales’ 854,572 Leavers outnumbered ‘Yes’ voters in the devolution referendums of 1979, 1997 and 2011 and voters for anything in a Welsh election since 1997. At the last General Election, 85% of Welsh voters backed parties committed to leaving the EU’s customs union. And at the European Parliament election in May, the Brexit Party won 19 of Wales’ 22 local authority areas. Boris Johnson, the People’s Prime Minister, is closer to Wales’ demos than the Cardiff condescendi.

The mock and po-faced indignation comes from the same transgressed elites who have never accepted the referendum result, demand their ‘Loser’s vote’ and are openly contemptuous of Leavers whose votes they dismiss as the false consciousness of the workers.

Welsh Labour long ago ran down the red flag and replaced it with the EU flag, embracing pro-Brussels signalling, Project Fear catastrophising and flirtation with nationalism along the way.

Welsh Labour MPs voted for the European Union Referendum Act. They voted sixteen to seven in favour of triggering Article 50. And page 23 of the fraudulently titled Standing up for Wales 2017 General Election manifesto claimed ‘Welsh Labour accepts the Referendum result’.

Yet their MPs, cahooting with the SNP, Plaid Cymru and Lib Dems, backed the anti-no deal Brexit plan. They now oppose a General Election. Dishonestly pretending Welsh voters wanted their decision qualified by the terms of withdrawal, the future relationship and a deal being negotiated first, shows they have never respected Wales’ silent majority.

In Cardiff Bay the Llywydd (Presiding Officer) invoked a right for ‘the voice of the Welsh Parliament to be known’, triggering a Senedd recall to debate prorogation. Contradicting devolution and purloining Westminster competences, their over-the-top stunt barely registered outside the CF99 postcode bubble, despite their ‘surrender’ motion passing 32-12. Prif Weinidog (First Minister) Mark Drakeford even implied that in a general election Welsh Labour would advocate Remain without a referendum. It is perversely fitting that the Llywydd has welcomed Observer journalist and hard-Remainer Carole Cadwalladr to give the Hay Festival lecture in the Senedd on the “failure of democracy in Wales”.

Drakeford wants “Remain on the ballot paper” so the Welsh Government can “campaign for a Remain outcome”, even against any Labour-led UK Government. Welsh Brexit Minister and Counsel General Jeremy Miles told BBC Wales that they should revoke Article 50 after a General Election without a “People’s Vote”. And of course the Welsh Labour Government joined Gina Miller’s legal challenge to prorogation.

Despite Ford Europe Chairman Steven Armstrong confirming “Brexit is not the reason” for closing its Bridgend engine plant, Bridgend Labour MP and clairvoyant Madeleine Moon told BBC Wales: “for me it’s been Brexit”. One of her councillors even said Leavers working at Nissan’s Sunderland plant “should be laid off first”.

Brexit has also triggered Welsh Labour nationalism. At a sideshow to the recent British Irish Council, Drakeford and Scottish First Minister Nicola Sturgeon conspired a joint statement committing the devolved governments to oppose Brexit. Drakeford muses that support for the Union is not “unconditional” and we should “reassess Wales’ place” in the Union.

Miles told the Eisteddfod that post-Brexit we should “reassess Wales’ place in a changed UK”. Pontypridd Assembly Member Mick Antoniw thinks Brexit means “nobody can actually say what is the purpose of the UK”. And tainted Carwyn Jones has asked “which union we should be a member of”.

Yet in the real economy people want politicians to “get on with it”. Acting President of the Swansea Business Club Alan Brayley said business confidence in the region “is quite high” and “we need to leave, deal or no deal… businesses need certainty”. Unemployment in Wales fell over the last quarter by the biggest percentage of the UK’s nations and regions.

Manufacturers are buoyant. St Athan is confirmed as the “home of electrification” for the Aston Marin and Lagonda brands. Ineos Automotive will build its new ‘Projekt Grenadier’ Land Rover in Bridgend and Toyota has announced it will produce the engines for hybrid cars at Deeside.

And the UK Government has turbo-charged industrial policy. UK Export Finance has dedicated finance managers in Wales and provided nearly £7.5m of support for Welsh exporters between 2017-18, supporting over £64m worth of overseas sales. Indeed HMRC figures for 2018-2019 show Welsh goods exports increased by 7.5% to £17.7bn.

By contrast, nothing exemplifies Welsh Labour’s Brexit immobilism more than International Relations Minister Eluned Morgan. Commenting on her discussions with Irish Foreign Affairs Minister Simon Coveney, she reported “continued incredulity that Wales could have voted the way it did in 2016”. Indeed BBC Wales described the Welsh Government’s Preparing for a No Deal Brexit paper ‘vague and lacking in detail’.

In a bitter portent, Labour’s “confirmatory vote and Remain” candidate almost lost his deposit in the Brecon and Radnorshire by-election, taking just 5.3% of the vote. July’s Welsh Political Barometer found only 22% would vote Labour in a General Election – a record low for what is increasingly a legacy party.

As Wales Governance Centre’s Professor Roger Awan-Scully wrote in the New Statesman: ‘all political hegemonies eventually come to an end’. On the wrong side of the realignment Drakeford’s factious crew face a heavy electoral price for turning Welsh Labour into the anti-democratic, referendum-cancelling party of Wales that betrays hundreds of thousands of Labour Leavers.