Matt Smith: Welsh Labour remain hopelessly out of touch with their heartlands voters when it comes to Brexit 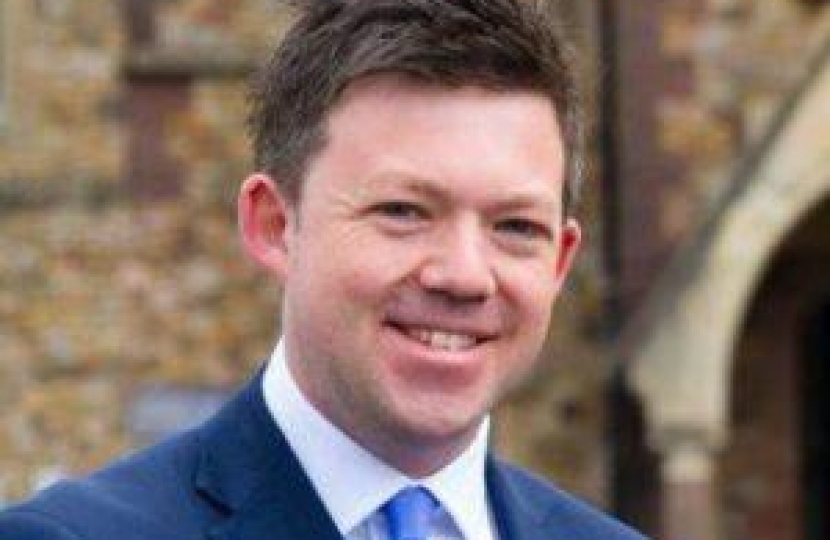 Wales’ achingly europhile First Minister Mark Drakeford turned his St David’s Day address into a fanfare to Brussels this year when claiming: “Wales is a European nation and always will be”. Earlier his predecessor Carwyn Jones had told S4C’s Pawb a’I Farn: “I said we had to respect the result” before publicly backing a second referendum.

The current and former First Ministers personify Welsh Labour’s approach to Brexit. Firstly, Welsh Labour is deeply invested in a pro-EU identity that it incorrectly projects onto Wales. And secondly, Welsh Labour is trapped in a Brexit denial loop that attributes Wales’ historic Leave vote to the false consciousness of the workers.

While Plaid Cymru has long sought ‘independence in Europe’, Welsh Labour seeks devolution in a ‘Europe of the regions’. In their political self-perception they imagine Wales is a more left-wing and supranationalist nation that alongside the Celtic fringe is being dragged out of the EU by eurosceptic England.

Drakeford’s ersatz version of Wales only exists in the minds of Wales’ elites. Cardiff and Edinburgh universities’ YouGov Future of England Survey found that in Wales 47% primarily identified as Welsh and 34% as British, but only 4% identify as European.

In reality, Wales has always been a global nation. The Maritime Clock on St Mary’s Street in the nation’s capital speaks to this. It was commissioned when Cardiff was the coal and shipping metropolis of the world and the global price of coal was set in Cardiff Bay.

The globally diverse heritage of Cardiff’s ‘Tiger Bay’ and Wales’ diasporic links to the USA (Wales’ largest overseas investor over the last seventy years) shows the New World is just as important to modern Wales as Old Europe.

Then there is the tendency of Welsh Labour politicians to attribute Brexit to the false consciousness of the workers who are deemed not to have understood what they were doing when they voted Leave.

Former MEP and sitting Labour Welsh Assembly Member Baroness Morgan of Ely channelled this when she said: “People need to understand that they will pay a high price for the vote that took place last year.” More recently a Labour councillor in car-manufacturing Bridgend said of workers at Nissan’s Sunderland plant “all those who voted to leave should be laid off first”.

When the Labour Deputy Leader of Cardiff Council claimed to be stockpiling dried food for schools (“next it will be gas masks”) she blamed this on “the liars who sold Brexit” and “those who believed the lies” as though Welsh voters are open to being gulled.

Welsh Labour wants votes for prisoners and 16-year-olds while the Welsh Government ran a ‘Brexit Consultation’ of 11-year-olds. Yet the one group whose votes they do not respect is Wales’ 854,572 Leavers who outnumbered ‘Yes’ voters in the devolution referendums of 1979, 1997 and 2011 and voters for anything in Welsh elections since 1997.

This is despite House of Commons Library estimates showing 53.44% of voters in seats returning Welsh Labour AMs in the 2016 Senedd elections subsequently voted Leave, a higher percentage than across Wales. Perhaps this is why their 2017 manifesto said ‘Welsh Labour accepts the Referendum result’ and will ‘make Brexit work for Wales’. And it explains Welsh Brexit minister Jeremy Miles’ recent warning to their Llandudno Conference not to ‘misunderstand Leave voters’.

This didn’t stop Welsh Government health minister Vaughan Gething (on £100,000 a year) and Lynne Neagle, Labour AM for the 61% Leave-voting Torfaen (on £64,000 a year) joining the ‘People’s Vote’ march in London so Welsh voters have “the opportunity to think again”. Owen Smith, MP for Pontypridd in the Brexiting Rhondda Cynon Taff (on nearly £80,000 a year) has even claimed Brexiteers including those in his seat are part of a “racist, xenophobic, right-wing, reactionary project.”

Ten Labour MPs for Welsh seats (almost half majority Leave) and Wales’ Labour MEP signed a ‘Love Socialism, Hate Brexit’ letter (on House of Commons notepaper) to Labour’s NEC demanding a ‘confirmatory vote’ on any Brexit deal features in the their European manifesto so as to secure a ‘socialist European Commission President’.

And all four Welsh Labour candidates on the Labour list for the European Parliament publicly back a ‘People’s Vote’ despite Walesonline reporting a YouGov poll (2-5 April) showing opposition to a second referendum in Wales rising over the last two months to 46% (up 2% since February).

In a similar anti-democratic flourish, First Minister Drakeford told the Senedd he would sooner vote for ‘revocation’ than allow a clean no-deal Brexit despite YouGov (31 March – 1 April) finding 46% of Wales favours no deal, 15 points ahead of those favouring Remain.

Siloed in their CF99 postcode bubble what Welsh Labour politicians cannot accept is that Welsh Leavers voted intelligently in their own interests when they rejected a broken EU system that favours elites, oligarchs and the men of always.

It isn’t hard to see why Welsh Labour’s grandees like Lord Kinnock thinks Brexit is ‘appalling’. Open Europe found Neil and Glenys Kinnock both earned £10million from Brussels over fifteen years in wages, allowances and five pensions. Nothing, they would say, is too good for the working class.

Yet Welsh Leavers also had good reasons for voting to end the EU’s free-for-all freedom of movement that give employers fewer incentives to invest in human or physical capital contributing to lower productivity and wage growth, a point ‘Trade and Invest Wales’ made when it boasted Wales’ workforce “has up to 30% lower salary costs”.

Brexit has galvanised efforts to tilt the UK growth model away from a reliance on consumption to sources of demand including exports. Triggering a readjustment in the Sterling exchange rate points the economy in the direction of export-led growth, favouring Wales’ manufacturers.

Unrestrained by EU state aid restrictions and procurement law, the UK Government can operate a more proactive industrial strategy. Regional spending can be better tailored to the future of Wales’ economy.

A sovereign regulatory regime can better support cutting edge sectors like Wales’ burgeoning life sciences and semi-conductor industries and cut the red tape that burdens the small businesses that form the backbone of the Welsh economy.

Taking back control of our tariff schedules can enable a reduction in the cost of living for Wales’ poorer households. And the Brexit Dividend invests in the NHS keeping Wales’ workers healthier and more productive.

In the real economy, the dragon spirits of Brexit are flying high as recent HMRC figures show Wales’ goods exports, including to non-EU markets, were up 4.2% to £17.2 billion in 2018. Firms like Cardiff-based SureChill that featured in the Department for International Trade’s ‘Local to Global’ podcast show Welsh exporters are venturing into new markets.

By contrast, Welsh Labour prefers to work with the fanatically pro-Brussels SNP in coordinating Senedd and Scottish Parliament debates, calling for No Deal to be taken off the table and extensions to Article 50. In a joint statement First Ministers Drakeford and Sturgeon called Brexit a ‘catastrophe’ despite Wales’s Leave majority and two fifths of Scottish voters backing Brexit.

They are hopelessly out of touch with public opinion. A ComRes poll for Leave Means Leave (21st March) found that 46% of Welsh voters think Remain-supporting politicians have damaged Britain’s negotiating position, 44% believe thwarting Brexit would harm Britain and twice as many think a ‘People’s Vote’ would betray the Referendum.

Hard Remain Welsh Labour rejects solidarity with working class voters in Wales’ Brexitlands at its peril. No party has a right to exist least of all one that refuses to compromise with the Welsh electorate.