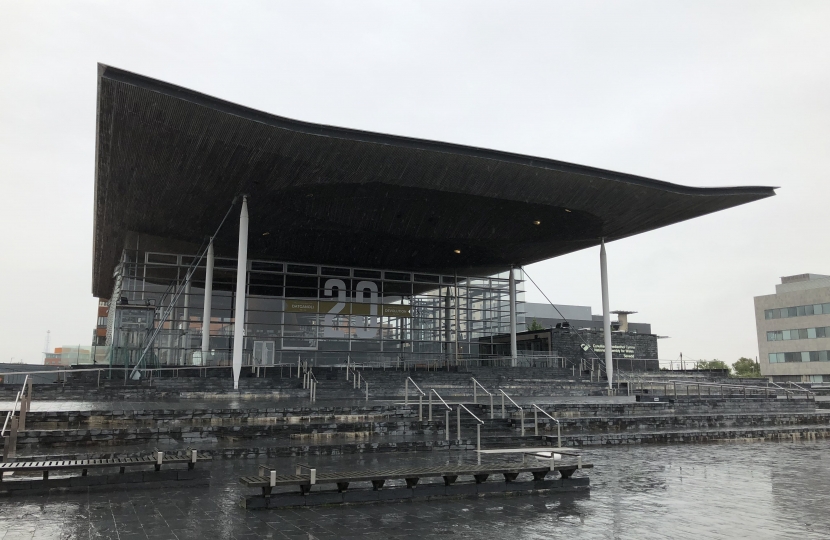 At the dawn of devolution Ron Davies claimed “it is a very good morning in Wales”. Yet twenty years on, First Minister Mark “beacon of hope” Drakeford’s anniversary speech was so partisan it triggered three Assembly Members to walk out. His tribalism personifies the ‘Cardiff Bay malfunction’, for devolution has entrenched the worst aspects of Wales’ dominant party system.

In ‘The emergence of the Cartel Party’ Katz and Mair described a style of politics where ‘colluding parties’, symbiotic with the state, ensure their survival through ‘public subventions’. ‘Cartel party theory’ anticipated the limited competition between Welsh Labour, Plaid Cymru and Welsh Lib Dems – cartel parties – preserving their patronage, sustaining insiders and excluding outsiders.

If you like laws or sausages you shouldn’t watch either being made. Neither is the anatomy of the Cardiff Bay malfunction pretty.

The Welsh Labour establishment recruits networked left-wing careerists. Of their 29 AMs, 24% worked on the party payroll (as Labour advisers or staffers), 21% worked for third sector organisations, 21% worked in the media and 14% worked for trade unions or a union-affiliated law firm before being selected. Only two fifths of Welsh Labour AMs did not work in professional politics or associated sectors.

Ministerial perks include chauffer-driven cars that the South Wales Argus reported cost taxpayers £1.8 million between 2011 and 2015. And between 2017 and 2018 Welsh Government credit cards were used to spend over £1.5 million on fripperies including £203,645 on flights and £110,890 on luxury accommodation.

Former Labour Welsh Office Minister Jon Owen Jones criticises a “great deal of cohesion around consensual views” as Welsh Labour and Plaid game the Assembly process. They tried to change the standing orders to block a Brexit Party group. The Llywydd (speaker), also in Plaid’s Assembly group, was accused of discriminating in the allocation of ministerial questions.

Despite the rules, they connived for Plaid to retain more committee chairs than Welsh Conservatives despite the expulsion of Neil McEvoy reducing Plaid’s group.

The ‘cartel parties’ have ramped public appointments. Between 1999 and 2015, 195 Welsh appointees had direct Labour links (nine times the Conservative total), and 45 had direct Plaid links.

Welsh Labour has created its own Spadocracy. Welsh Government SPADS can earn over £50,000 a year working in a culture former Carwyn Jones consigliere Steve Jones called “toxic” and “pure poison”.

Devolution was supposed to democratise Wales’ ‘Quango State’. Yet Wales is now headed for a shadow state of activist-run, taxpayer-funded third sector entities. This astro-turf civil society in turn lobbies the Welsh Government for yet more public money creating a sectoral bias for the political status quo.

Steve Thomas, Welsh Local Government Association Chief Executive, worries that civic Wales “is colonised by grants from the Welsh Government” leading to a “reluctance… to speak out”, thereby freezing debate. Cardiff University professor Kevin Morgan talks of Wales’ “cowed culture” of public bodies rendered parastatal because they are “dependent on funding”. The chilling effect of Welsh Government patronage makes Wales “the land of the pulled punch”.

There is no official Welsh register of lobbyists. Opaque rules, public largess and political barriers to entry, generate political profits. Veteran lobbyist Darren Hill told the Western Mail: “it’s all about communicating with the right person in the right way at the right time. And if you get those basics right… politicians are very open minded”.

In the ‘murky lagoon’ even lobbyists get lobbied. Public Affairs Cymru complain about “bad lobbying” from the Welsh Labour Government to amend press releases, suppress reports and ‘reconsider standpoints’.

Wheeler-dealing, clientelism and perceptions of ‘Corruption Bay’ contribute to declining interest in Welsh politics. The IWA’s Media Audit warns of a ‘democratic deficit’. Fewer than one-in-20 read Welsh newspapers, unsurprisingly given Wales’ weakening media often pulls its punches with the politicians of always.

Conveniently for Welsh Labour, a BBC Wales survey found only 48% knew the Welsh Government is responsible for the Welsh NHS. The Wales Governance Centre professor Roger Awan-Scully worries that the Welsh public “neither knows a great deal about devolution” nor “thinks very highly” of it.

YouGov’s poll for S4C’s Y Byd yn ei Le (2-5 April) found 43% think the Senedd too Labour dominated, 53% too Cardiff-centric and 44% too expensive. Only 34% say it scrutinises government better than the Welsh Office and 15% want it abolished.

Devolution has created a ‘performative democracy’. Senedd turnout has never exceeded 46% (having once fallen to 38%) reflecting the rational apathy of voters who know however they vote, the systemic politicians of power still converge on an out-of-touch centre-ground, far from Wales’ common-ground.

‘Votes for prisoners’ is one manifestation of power without hegemony. Hard Remain is another. Despite Wales’ 854,572 Leavers, Drakeford claims Wales will always be “a European nation”. Adam Price calls Wales a “Remain nation”. Indeed Plaid’s call for a ‘coalition’ following Wales’ historic Brexit vote was pure cartel party.

The Cardiff Bay cartel upholds the Peter Principle. Low-calibre devocrats rise to their level of incompetence in a confederacy of dunces. Leslie Griffiths, Agriculture Minister, said “We have no idea how we are going to pay farmers next year”. Lee Waters, Deputy Economy Minister, admits “we don’t really know what we’re doing on the economy… Everybody is making it up as we go along.” Weep for Wales.

Two decades on, Jon Owen Jones claims the “Welsh Assembly hasn’t imploded, which is in itself an achievement”. Apologists of Wales’ failing devolved governing class plan a ‘Festival of Democracy’ marking devolution’s vicennial.

Yet if no-one other than Welsh Labour’s Assembly-linked community and Cardiff Bay’s high-end restaurateurs gain from home rule then Welsh devolution will pass its inflection point from acquiescence to disillusionment.