Opposition leaders discuss the way forward for Scotland and Wales 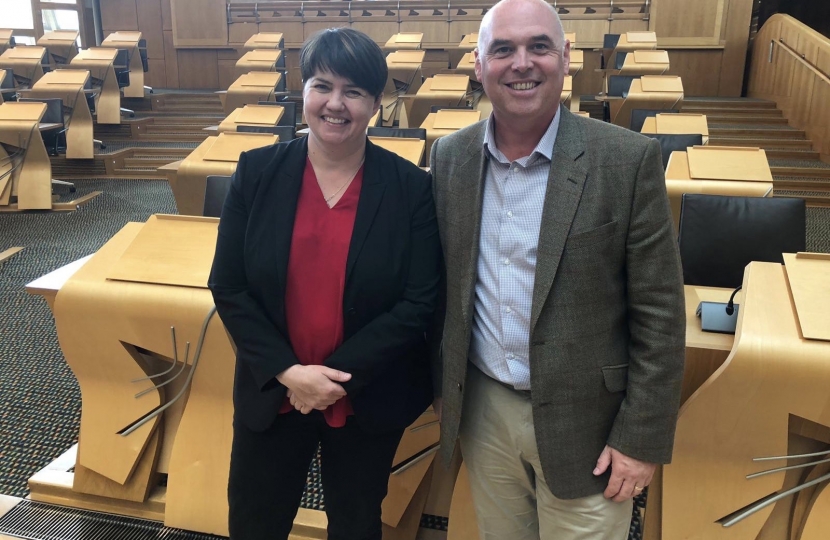 The two leaders of the official oppositions in Wales and Scotland, Mr Davies and Ms Davidson, met in Holyrood to discuss key issues affecting each country, as well as continuing ongoing talks on how Wales and Scotland can work together as part of a strong United Kingdom.

The teams came together to discuss vital issues devolved to the Scottish SNP and Welsh Labour Governments.

The standard of NHS services in both nations were of great concern, as the Welsh Conservatives continue to fight back against the damage done to the Welsh NHS by twenty years of mismanagement by the Welsh Labour Government. Both leaders spoke about education systems under strain, as well as public transport, infrastructure and the risk of increased income tax by the devolved governments.

“It has been fantastic to spend this week cementing our close links with our cousins in Scotland and London.

“While we embrace devolution and all it brings to Wales and Scotland, it’s important we continue to work alongside one-another to fight against failing systems put into place by the tired Welsh and Scottish Governments.

“Only the Conservative Party will bring strong leadership back to the devolved nations, to boost standard of living for residents and to guide both countries through the Brexit that the UK asked for, and Boris Johnson will deliver.”