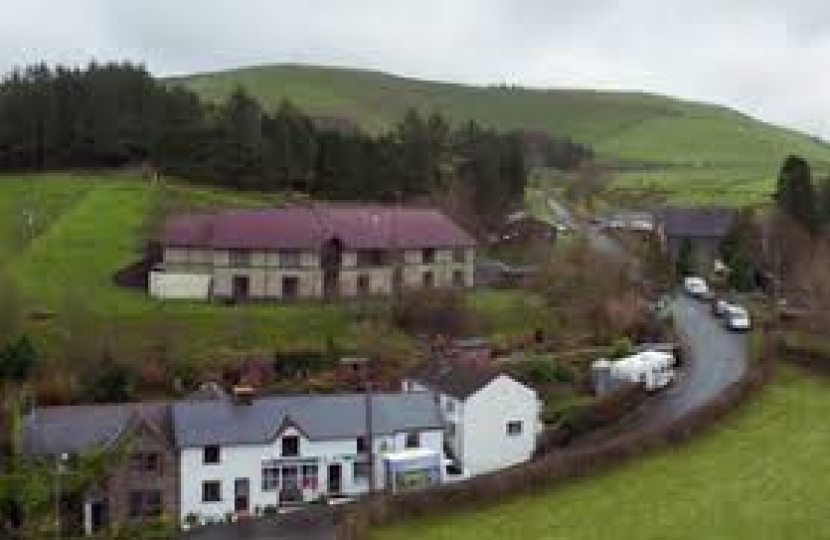 Poor mobile phone coverage will be a thing of the past as the Government champions a £1 billion deal with the mobile phone industry to banish rural not-spots.

The move will bring 4G coverage to 95 per cent of the UK by 2025 and be a huge boost for consumers. More people in rural areas will benefit from the speed and efficiency of services on the go - from booking travel, shopping online or speaking to friends and family.

The Digital Secretary is supportive of a £530 million proposal from the UK’s mobile network operators for a Shared Rural Network with the potential for it to be matched by £500 million investment from Government.

This would be a world-first deal with EE, O2, Three and Vodafone investing in a network of new and existing phone masts they would all share. Consumers will be able to rely on their own provider’s network to use their mobile phones wherever they are.

It follows Government proposals for an overhaul of planning rules and is part of the Prime Minister’s plan to level up the country with world-class digital infrastructure across the country to make sure homes and businesses are better connected.

Better 4G connectivity will make flexible working easier, boost regional economic growth and close the digital divide that exists across the country. The benefits will be felt across all four nations of the UK with the greatest coverage improvements in Scotland, Wales and Northern Ireland.

We are determined to make sure no part of the country is left behind when it comes to mobile connectivity. We are closing in on a deal with the mobile network operators so those living in rural areas will be able to get the fast and reliable mobile coverage they need and deserve.

Brokering an agreement for mast sharing between networks alongside new investment in mobile infrastructure will mean people get good 4G signal no matter where they are or which provider they’re with.

But it is not yet a done deal and I want to see industry move quickly so we can reach a final agreement early next year.

Strong competition promotes industry investment in mobile coverage in dense urban areas, but rural areas have fewer potential customers and have not seen the level of investment needed to provide good coverage.

The deal would see all four operators come together to create a new organisation to deliver the Shared Rural Network, in what would be an innovative and unique solution to the persistent problem of poor mobile coverage in the countryside. It would get the maximum use out of existing and new phone masts by allowing all four operators to host equipment on them.

Under the proposal, the four operators will invest £530 million to open up and share existing masts and infrastructure to close almost all partial not-spots - areas where there is currently only coverage from at least one but not all operators. It would also mean additional mobile coverage for 280,000 premises and 16,000 kilometres of roads.

If the operators agree to meet these ambitions on partial not spots, the Digital Secretary has been clear government will commit up to £500 million of investment to go even further to eliminate total not-spots - those hard-to-reach areas where there is currently no coverage from any operator.

Government-owned mobile infrastructure built as part of the Emergency Services Network will also be made available to all four operators, taking full advantage of government assets. This is expected to contribute to the coverage target by delivering up to an additional 2% of geographic coverage per operator, in some of the most remote, rural locations.

The Shared Rural Network proposal is subject to legal agreement. The Government’s ambition is to reach a formal agreement on it early next year.

There is no other scheme like this in the world. It will spell an end to annoying mobile ‘not spots’ for hundreds of thousands of people living, working and travelling in the more remote parts of the UK. By working together, we will deliver better coverage while offering more choice for consumers and businesses using far fewer masts.

These proposals represent a step-change in the way that mobile coverage is delivered. They are the most ambitious solution, of all proposals on the table and will ensure that customers across all corners of the UK can access a good connection. By providing a much-needed boost to rural communities, the Shared Rural Network represents a vital step in bridging the digital divide.

Mobile has become so much more than the phone in your hand; it’s the glue that powers the UK’s economy and will be a fundamental component of our national success in the years to come.

We welcome the Shared Rural Network. It is the best way to enhance mobile connectivity for the 9.3 million living in the UK’s countryside: it brings mobile coverage to more places in the UK and it gives people in rural areas a similar choice as those living in towns and cities.

While EE already has the UK’s largest 4G network, we’re always looking at new ways to efficiently deliver more 4G to areas that are hardest to reach.

This ambitious proposal combined with critical Government support, will remove the key barriers to tackling the tricky not-spot problem, ensuring people and businesses right across the UK get access to the digital connectivity they need, wherever they are.

We know the countryside has huge potential for job creation and new economic growth, but in order for this to happen we must ensure every community in the country is fully-connected. This is a big step towards achieving that goal.

This announcement will be welcomed by everyone who lives or works in the countryside. We have been hugely frustrated at the lack of progress in improving mobile reception to date, but the legal coverage obligations now put on operators to improve the situation, through the delivery of a Single Rural Network, will ensure demonstrable improvements over the next few years for rural communities.

The mobile industry has a shared commitment with the Government to invest in and accelerate rural coverage improvements, and I am delighted that with the Shared Rural Network we have a proposal of action to deliver.

Working in partnership with the Government all four mobile operators, through a programme of shared infrastructure, will virtually eliminate partial not-spots and then go further to bring 4G coverage to the most rural parts of the UK. This is good news for consumers and businesses across the whole of the UK.