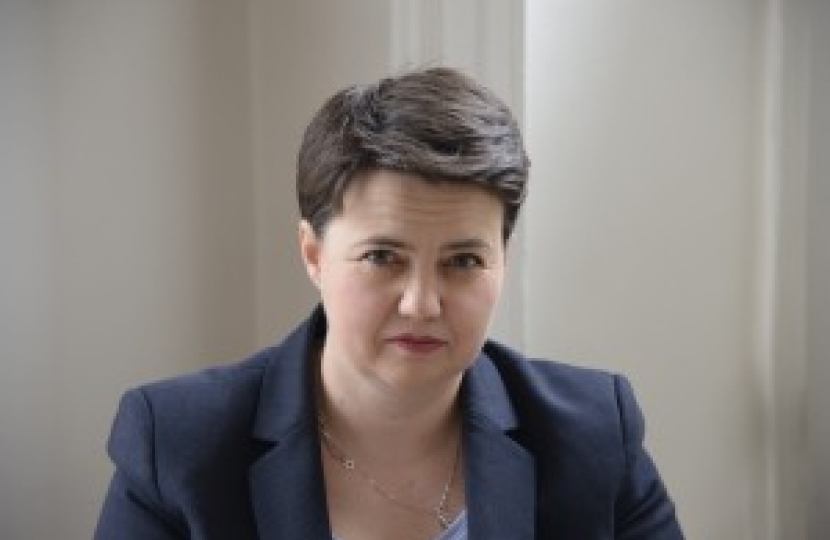 The Scottish Conservatives will use their upcoming conference in Aberdeen to “fire the starting gun” for the 2021 Holyrood elections, Ruth Davidson has said.

The event – which will have the slogan ‘Scotland Together’ – begins tomorrow, and also marks the return to work following maternity leave for the leader.

She said, in contrast to last weekend’s SNP summit, this event will talk about bringing Scotland back together after a decade of division, and discuss ways to improve devolved matters like health, education and the economy.

“I’m looking forward to getting back to work and using this conference to fire the starting gun on the run up to the 2021 Scottish elections.

“We believe we can beat the SNP at that election and this conference is our chance to set out how we want to improve Scotland, in government.

“Last week, the SNP spent their entire conference focusing on independence, more constitutional division and a chaotic plan to ditch the pound.

“By contrast, we want to use our conference to talk about how we can deliver for Scotland in the here and now.

“That means focusing on things that matter most – a stronger economy, better educational standards, and improved public services.

“Scotland has now had nearly 10 years of constitutional division.

“A second independence referendum would only mean that we would begin a second decade with the focus on what divides us as a country. It is time for Scotland to move forward, together.

“The party is delighted to bring conference to the north east this year. We are raring to go with plenty of fresh ideas on how to make Scotland a better country for all of us.”

Matt Smith Conservative campaigner and former Tory Welsh Assembly candidate welcomes the fact that Britons will be able to travel with a blue passport when the traditional colour returns for the first time in almost 30 years.