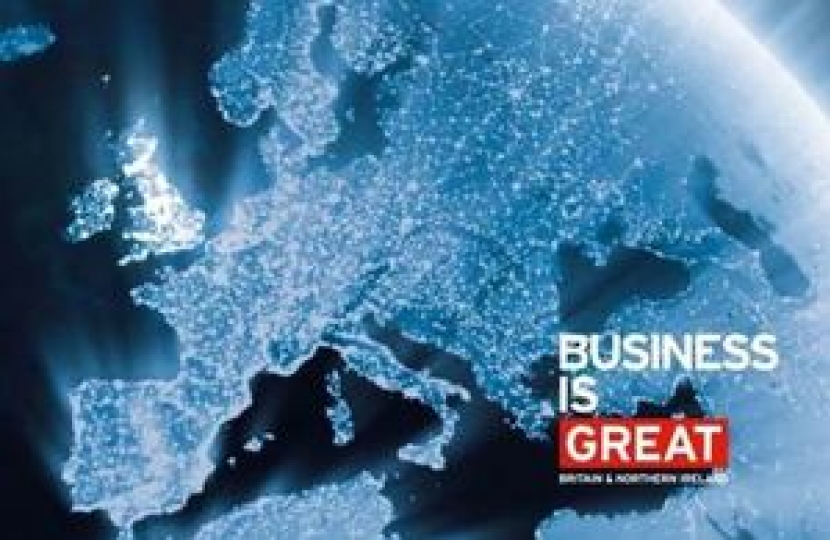 Welsh businesses are being encouraged to consider exporting their goods and services abroad by UK Ministers, to mark the one year anniversary of the Department for International Trade.

In 2016 there were more than 3,800 businesses exporting in Wales with an annual combined value of £12.4bn exports. Now, Ministers are urging other business to take up the support on offer including financial incentives and online matching services.

To mark the anniversary Secretary of State for Wales Alun Cairns has announced that he will be writing to 26,000 Welsh businesses that have been identified as potential exporters and sending them a copy of a dedicated exporting guide for Welsh businesses.

The Wales Export Guide, sets out the full range of support available to Welsh businesses from the UK Government and contains inspiring stories of companies based in Wales that are successfully exporting. Alun Cairns hopes that businesses will recognise the huge potential available to help them invest and grow.

"I want Welsh businesses to get out into the wider world, to trade and do business all around the globe. That is why we are sharing the advice, guidance and support available from the UK Government, in particular from the Department for International Trade, for businesses in our Wales Export Guide. We want to help them to build their brand abroad as we continue to increase UK exports and encourage inward investment."

DIT has helped to secure billions of pounds in export opportunities, and since its creation in July 2016, the department has also supported;

DIT has also set up ten working groups across 15 countries to strengthen trade and commercial ties with key trading partners around the world.

"We are already a great trading nation, but as an international economic department we now want to encourage businesses to look at whether there could be a global market for their goods and services.

"By designing our own trade policy in Britain’s national interest, after we leave the EU, we will be able to take advantage of growing markets around the world and further boost our export successes."

Through great.gov.uk, the department gives UK businesses access to millions of pounds’ worth of potential overseas business, helping them start or increase exporting.

There’s been more than 2.4 million visits to great.gov.uk and more than 3,300 UK businesses have already registered on the government’s ‘Find a Buyer’ service to match UK businesses to worldwide demand.

DIT hosted the inaugural Wales Export Business Summit where more than 80 businesses came together to access advice and guidance from entrepreneurs, international business owners and export champions. The summit helped to connect firms starting out on their exporting journey with the expertise they need.

One Welsh manufacturer that has benefited from government support is Pontypool-based company Flamgard Calidair. Through UK Export Finance, which operates as part of DIT, Flamgard secured a contract to provide specialist fire and shut off dampers to the Chernobyl site. The €1.5bn multinational engineering project, managed by international contractor Novarka, will be installed in late 2017.