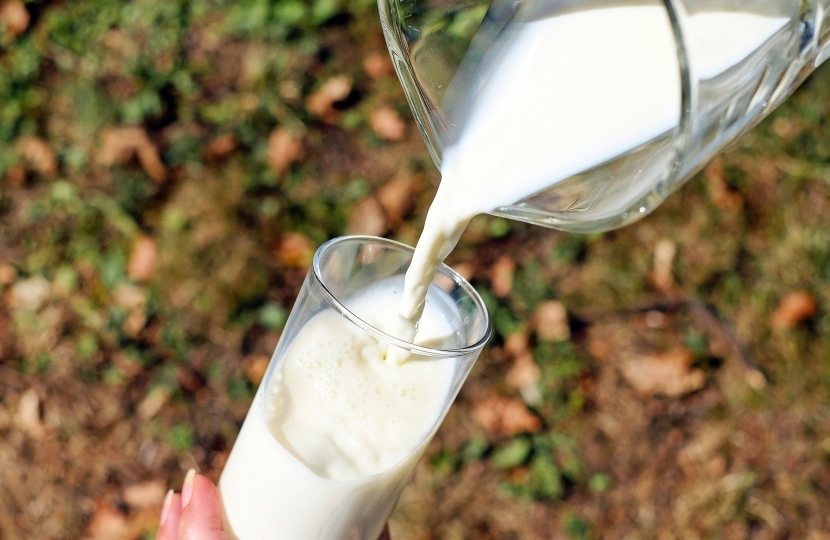 The Welsh Conservative Shadow Minister for Agriculture and Rural Affairs – Andrew RT Davies MS – has backed a drive by the Agriculture and Horticulture Development Board (AHDB) to increase consumer demand for milk in the UK.

Since the lockdown, reports the AHDB, there has been an oversupply of milk from the closure of the food service sector. The body estimates sales by liquid milk processors servicing foodservice or wholesale markets have dropped by 50 to 60 percent.

The campaign, led by AHDB with additional funding from Dairy UK, by governments across the UK, retail and wider industry, aims to increase consumer demand for milk by three percent over a 12-week period. This equates to 450,000 litres of liquid milk per day.

“This is very welcome news for a sector that has been struggling since the lockdown was announced, especially as the Labour-run Welsh Government has been so lacklustre in supporting the agricultural sector, and shirking its responsibility to safeguard farming and its place not just in the economy, but also in our food security network.

“I must say that I find it pretty ironic that the Minister, responding to this announcement said ‘It is so important we support our dairy farmers during this difficult time’, because so far she has done nothing for the sector.

“It is absolutely vital, too, that the Minister stamps out the sharp practices by dairy companies – which include milk not being collected so it then has to be dumped – that have seen our dairy farmers here being ripped off and are now in a parlous state.

“However, looking at the positives, this campaign will be a welcome hand up for our dairy sector here in Wales – where of course we produce the best milk! – and in the other nations of the United Kingdom.”

The initiative, which goes live next week, will be via targeted social media and a TV campaign. It will aim to drive volume sales of liquid milk in the short term, and sustain this demand over the medium term over the duration of a phased campaign.