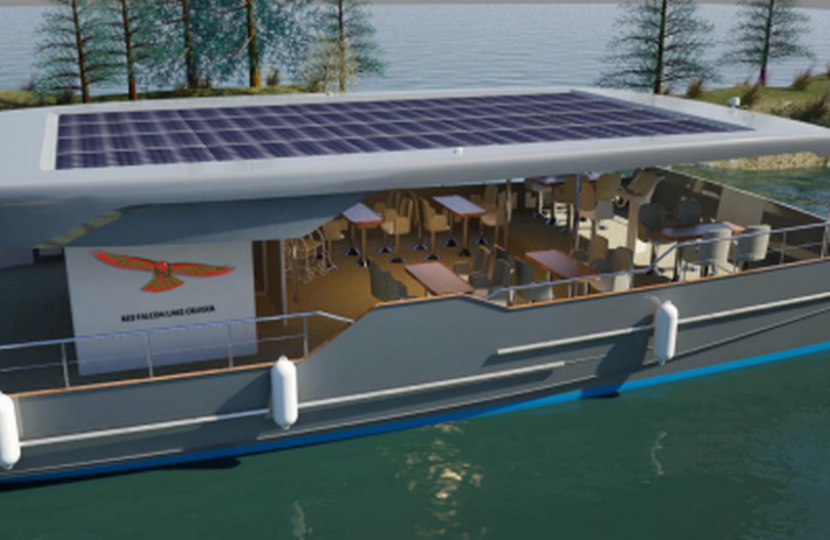 Russell George MS – the Welsh Conservative spokesperson for Transport – has hailed plans for Wales-England water-taxi services, with vessels powered by green energy, and described them as ”… exciting and innovative”.

A Plymouth-based boat builder is developing two hydrogen-powered passenger ferries, which will incorporate solar panels and wind turbines, to operate on a route between Cardiff and Bristol.

The catamarans will in total cost a reported £1 million. One will be approximately 19 metres long, the second some 12 metres, and they will be able to carry 52 and 42 passengers respectively along the Bristol Channel.

Mr George – who is Shadow Minister for Business, Economy, and Infrastructure in the Welsh Parliament – said:

“This will be an exciting and innovative transport option for journeys between England and Wales, with the potential for reducing our carbon footprints, getting some traffic off our road network, and making use of one of the world’s most historic waterways.

“Hydrogen fuel cells produce water vapour as ‘exhaust emission’, not carbon monoxide or diesel particulates, and that’s it. Once such a propulsion unit is built, it is effectively purely green energy.

“I am looking forward to learning more about the trials due to take place later this year, and Patriot Yachts’ future plans for a larger vessel to operate from Wales to Ilfracombe.”