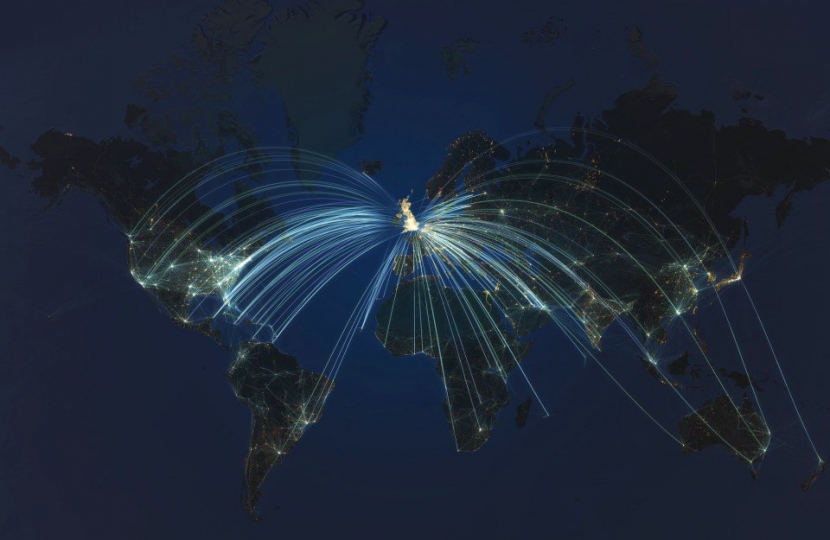 Every part of the UK has seen their goods exports increase thanks to increasing global opportunities, new data shows.

The positive analysis released by HMRC (Thursday, 7 June) found the number of VAT-registered businesses exporting goods in England, Scotland, Wales and Northern Ireland is at 109,000 – a rise of 4.1 per cent from the previous year.

Businesses were also taking advantage of global interest as the number exporting to non-EU countries rose to over 47,000. The most popular non-EU destinations include the USA, that 19.2% of exporters sold goods to, Australia (7.3%) and Switzerland (7.2%).

Comparing the year to the previous year, the growth in goods exports came from regions across the UK with the East Midlands seeing the greatest rise in the value of exports (up 15.2%) followed by Scotland (12.1%) and South West (8.8%).

The latest figures are a further boost to the country as global e-commerce giant Amazon announces it will create more than 2,500 jobs in the UK this year as it remains committed to expanding in a post-Brexit Britain.

"As we continue our path to Brexit, HMRC’s latest figures clearly show every part of the UK making the most of global opportunities as goods exports rise across the country. More than 100,000 businesses are expanding their horizons and making the most of the demand for quality British goods.

"For some, this isn’t the end of the road but the start to their exporting journey. As they grow their networks and create jobs and prosperity across the UK, my international economic department is supporting them through our experienced international trade advisers and Exporting is GREAT campaign."

"Today’s figures show that Welsh companies are going toe to toe with their international counterparts, seeking out customers with faster growth being demonstrated in markets outside of the European Union, because of the global demand that exists for their high quality goods and services.

"But we need to continue being ambitious for Wales, and it’s my role to support businesses to grow and enter new markets overseas. The UK Government has a wide range of support available to help companies build their brand abroad, and through our ambitious Industrial Strategy we are ensuring the UK remains one of the best places in the world to do business.

"As we leave the EU, our aim is to create a strong and vibrant economy in Wales, and it is encouraging that so many Welsh businesses are already demonstrating their confidence by forging new connections and trading right around the globe.

Separate figures released by the Department for International Trade today highlight British businesses feeling that UK exports are set to remain on an ever-growing upward curve as the UK leaves the European Union.

The National Survey of Registered Businesses (NSRB) 2017, published by the Department for International Trade (DIT) surveyed 3,000 businesses from across the UK.

Nearly three-quarters (73%) of businesses with an annual turnover of £500,000 or more said they believed that there is strong demand for British good and services from around the world (up from 68% in 2015)

The statistics showcase a change in attitude amongst some businesses to a position where they are increasingly interested in exporting and in the benefits that come with overseas sales.

DIT is looking to capitalise on this with its upcoming Export Strategy by setting out a clear offer to businesses of all sizes, no matter which stage of the export process they are currently operating at.

One business reaping the benefits of the global demand for UK goods is Cardiff-based studio Cloth Cat Animation.

Cloth Cat is the largest animation production studio in Wales, specialising in creative, inventive and design-rich projects with a strong technical grounding for all audiences via broadcast series, film, commercials, games and web content.

Cloth Cat Animation now export internationally and their work has been seen on networks across the globe, on channels including CBeebies, Disney, Cartoon Network, Sprout, Netflix, S4C and many more channels worldwide.

Cloth Cat’s most recent collaboration with Chinese company Magic Mall on the Luo Bao Bei series was broadcast in China last year, was recently launched in Australia and will be making its way to British screens in the very near future.